Transport for London (TfL) has adopted ultra-secure USB flash drives to ensure that its data is protected in the event of the loss or theft of portable devices. DatAshur USB flash drives will now be used as standard by TfL staff for transporting data on the move. 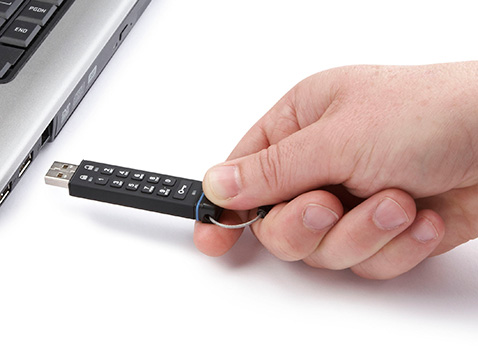 It is a legal requirement that confidential data is protected under both the Data Protection Act and PCI DSS. TfL ensures that all staff comply with government standards and regulations. Following a successful pilot of iStorage’s USB devices, these will now be used by a range of TfL staff including London Underground, River Service, Engineering, Traffic Operations, Compliance, Legal, Commercial, Finance, Internal Audit, Network Performance and Traffic Operations and Governance.

“During our trial of the datAshur USB drives, staff found they were easy-to-use, secure and provided assurance that should a device be lost or stolen, then the data contained on it would be protected using strong encryption,” states Graham Dawes, Solutions Architect for Transport for London.

John Michael, CEO at iStorage states, “We are delighted to work alongside Transport for London in providing a robust security solution for staff when transporting data. We are at a time when data security is taken very seriously. If the Data Protection Act is violated then companies face serious fines – not only that, the reputation of the entire company can also be compromised. By purchasing a number of datAshur devices for its staff, TfL ensures its integrity and proves its commitment to security.”