Based on an analysis of the Alexa top one million sites, Menlo Security found that more than one in three of the top domains are either already compromised or running vulnerable software. 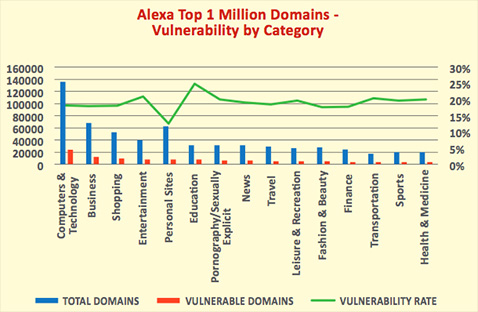 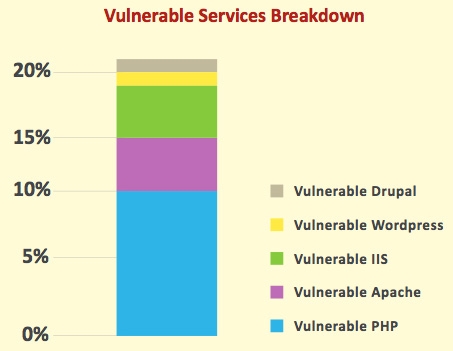 Over one in ten sites are running a vulnerable version of the PHP application framework. Another eight percent are running vulnerable Web server software (Apache-4% and IIS-4%). Vulnerable content management systems are present on two percent of sites, split roughly equally between Drupal and WordPress.