We all know the damage that DDoS-for-hire services can inflict on websites and organizations behind them.

What is less known is that a simple move like making PayPal seize the accounts through which the people offering booter (or stresser) services get paid can make business much more difficult for them and, in some cases, can result in some of them going out of business.

“All 15 booters in our study use CloudFlare’s DDoS protection services to cloak the ISP hosting their frontend servers and to protect them from abuse complaints and DDoS attacks,” a group of researchers that analyzed the booter market pointed out. 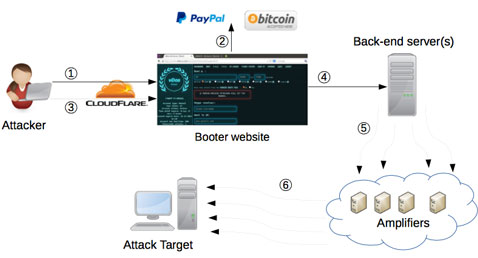 Among the other things that they discovered are that:

“Our hope is that by continuing to explore new methods for understanding and undermining booters, we can identify increasingly effective methods of adding friction, cost and risk to these ventures that further erodes their attack potency, scale and profitability over time,” the researchers concluded.