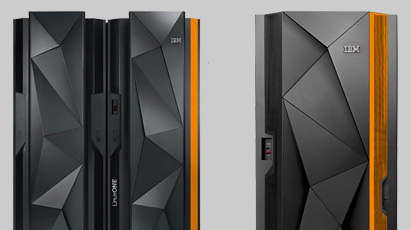 The system is capable of analyzing transactions in “real time” and can be used to help prevent fraud as it is occurring. The system can scale up to 8,000 virtual machines or hundreds of thousands of containers – currently the most of any single Linux system. LinuxONE Rockhopper, an entry into the portfolio, is designed for clients and emerging markets seeking the speed, security and availability of the mainframe but in a smaller package.

IBM is creating the LinuxONE Developer Cloud to provide open access to the development community. The cloud acts as a virtual R&D engine for the creation, testing and piloting of emerging applications including testing linkages to engagement systems, mobile applications and hybrid cloud applications.

“Fifteen years ago IBM surprised the industry by putting Linux on the mainframe, and today more than a third of IBM mainframe clients are running Linux,” said Tom Rosamilia, senior vice president, IBM Systems. “We are deepening our commitment to the open source community by combining the best of the open world with the most advanced system in the world in order to help clients embrace new mobile and hybrid cloud workloads. Building on the success of Linux on the mainframe, we continue to push the limits beyond the capabilities of commodity servers that are not designed for security and performance at extreme scale.”

IBM has enabled key open source and industry software for LinuxONE and IBM z Systems, including Apache Spark, Node.js, MongoDB, MariaDB, PostgreSQL, Chef and Docker. These technologies work seamlessly on the mainframe just as they do with other platforms, with compelling performance advantages while requiring no special skills.

IBM helped pioneer virtualization on the mainframe and is now offering more choices for virtualization by enabling the new LinuxONE systems to be provisioned as a virtual machine through the open standards-based KVM hypervisor, just like any Linux server. SUSE, a leading distributor of Linux, will provide initial support for KVM for the mainframe.

Canonical and IBM also announced an initiative to encourage the growth of Ubuntu Linux on z Systems. Canonical plans to distribute Ubuntu for LinuxONE and z Systems, adding a third Linux distribution. SUSE and Red Hat already support distribution. Canonical also plans to support KVM for the mainframe.
More about
Share this