Remote working is increasing in popularity as 96 percent of surveyed organisations now permit remote/mobile working, with 98 percent stating that it is advantageous to their organisation, according to Vanson Bourne. 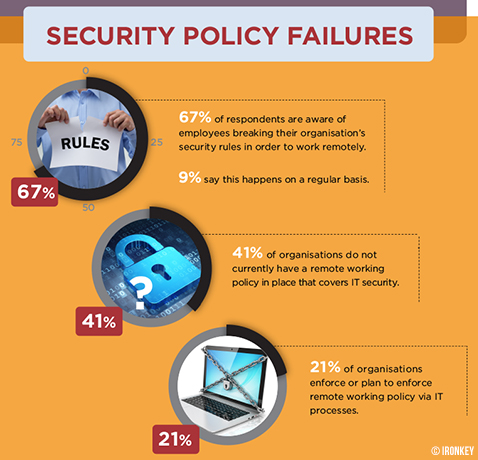 The survey of 500 IT decision makers in the UK and Germany found around three in five organisations believe that remote working has increased employee motivation due to greater flexibility (62 percent), and led to increased productivity as employees can work from multiple locations (61 percent).

The flexibility of remote working practices enables employees to work from numerous locations, with the most common methods of remote working being: home working (62 percent); BYOD (51 percent) and VDI (46 percent). On top of this, 32 percent of respondents’ organisations have employees that are working from client sites.

Despite the shift in attitude, data breaches and business costs are still amongst the biggest concerns for organisations when weighing up the value of remote working, with 92 percent of organisations highlighting that remote working causes challenges or concerns.

A third of respondents stressed data security as a top fear when considering remote working practices. Over half are worried about data losses through misplaced devices, whilst 61 percent fret about insider threats, and the potential for employees to expose the organisation to the risk of a data breach or loss.

These concerns are hardly surprising given that 42 percent of organisations also admitted that they are unable to keep track of what data employees take with them away from the office – with employees still using potentially unsecure methods such as printing information out on paper (31 percent) and emailing files to themselves (27 percent). 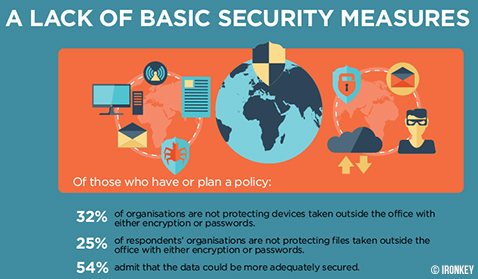 There also appears to be a lack of basic security measures, with over half (54 percent) of respondents agreeing that the data employees take away from the office could be more adequately secured.

Another major drawback comes with the cost implications, with 45 percent citing concerns about the cost of providing the technology to enable remote working. With 99 percent of those that permit remote working already providing the technology to enable their employees to do so, and 72 percent highlighting that the use of a work laptop is the most likely method of taking digital files away from the office, it is unsurprising that the cost implications of remote working are raising concerns.

A change in UK legislation last year has made the practice of remote working a reality for more and more employees, and 61 percent feel that it will soon become the norm in most organisations.
More about
Share this