Nearly two-thirds (64%) of consumers worldwide say they are unlikely to shop or do business again with a company that had experienced a breach where financial information was stolen, and almost half (49%) had the same opinion when it came to data breaches where personal information was stolen. This is according to Gemalto, who surveyed 5,750 consumers in Australia, Brazil, France, Germany, Japan, United Kingdom and United States. 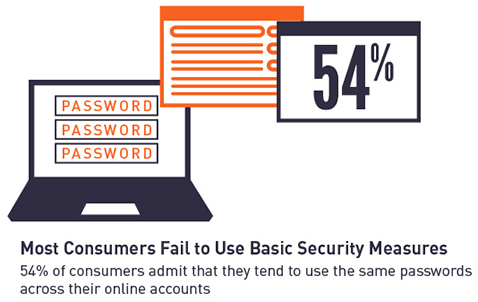 Consumers have been hit hard before

The survey revealed that 31% of consumers have already been affected by data breach in the past. Around four in ten state the most likely causes for being a victim of a breach are visiting a fraudulent website (42%), phishing attacks (40%) or clicking a fraudulent web link (37%). The emotional impact of data breaches has also created apprehensive feelings towards businesses with 19% feeling they are likely to be a victim of one within twelve months to three years.

Ninety percent of surveyed consumers feel that there are apps and websites that pose significant risks to the protection and security of their personal information. Fifty-five percent believe that social media sites expose them to the greatest risk, and around two in five consumers believe adult content and torrent apps/websites carry the greatest risk to the security of personal information.

Customers are getting increasingly impatient with breached companies

Security is a two-way street

However, the consumer is not completely absolved of responsibility. Despite the many risks involved, the survey also found that 54% of respondents are using the same password for all or some of their online accounts.

“The media coverage of massive data breaches has done little to instil consumers’ confidence in how well companies, big and small, are protecting their data,” said Jason Hart, Vice President and Chief Technology Officer for Data Protection at Gemalto. “The fact that employees don’t even feel that their employers are taking the protection of their personal data security very seriously rings alarm bells. Either companies need to increase their security measures or, assuming that they already have these in place, they need to communicate this to their customers.”

“As companies collect ever-increasing amounts of customer data and as our digital interactions become more diverse, more data about what we do, who we are and what we like is being stored online,” continued Hart. “The survey proves that the traditional data security mind-set needs to evolve, this goes for companies and consumer adoption of advanced security measures like two-factor authentication. Otherwise, an increasing numbers of consumers will cut ties with companies who aren’t taking data protection seriously, and take their business to someone they can trust.”
More about
Share this