Despite numerous high-profile incidents in the last year, enterprises are still not paying enough attention to the needs of their users, according to Veeam.

84 percent of senior IT decisions-makers (ITDMs) across the globe admit to suffering an availability gap (the gulf between what IT can deliver and what users demand). This costs businesses up to $16 million a year in lost revenue and productivity, in addition to the negative impact on customer confidence and brand integrity (according to 68 percent and 62 percent of respondents respectively). 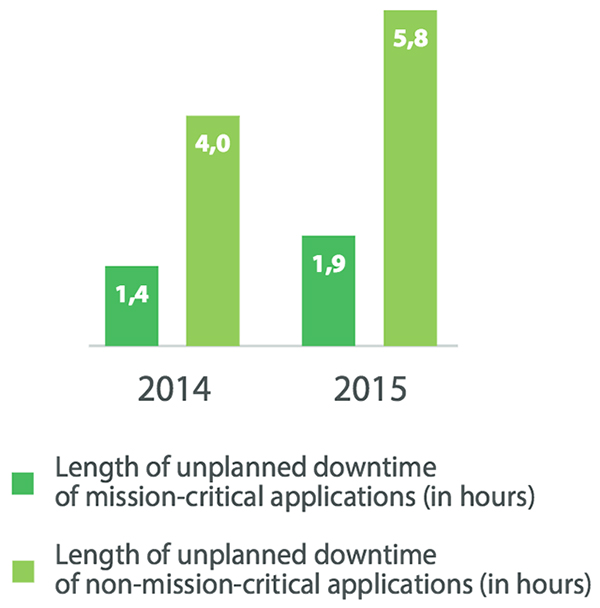 This figure has risen $6 million in 12 months, despite almost all respondents saying that they have implemented tightened measures to reduce availability incidents and that 48 percent of all workloads classified as ‘mission-critical (rising to 53 percent by 2017).

With predictions there will be almost 21 billion connected devices by the end of 2020, the need to deliver 24/7 access to data and applications has never been more important. However, it seems that enterprises have not received that message despite more than two-thirds of respondents stating that they have invested heavily in data center modernization specifically to increase availability levels.

Availability is of paramount importance, yet enterprises are failing