Email continues to be a critical technology in business and the threat of email hacks and data breaches loom large over IT security managers. Consequently, confidence and experience with previous data breaches and email hacks play key parts in determining a company’s perceived level of preparedness against these threats and targeted email attacks. 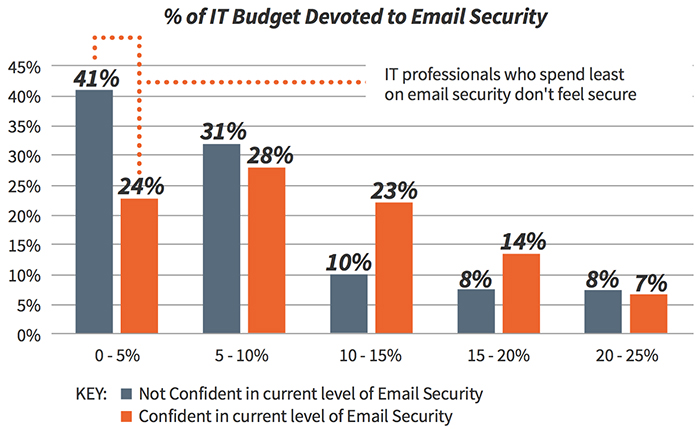 While 64 percent regard email as a major cyber security threat to their business, 65 percent don’t feel fully equipped or up to date to reasonably defend against email-based attacks, according to a Mimecast survey of 600 IT security professionals. One-third of respondents also believe their email is more vulnerable today than it was five years ago.

Of the 65 percent who don’t feel fully prepared against future potential attacks, nearly half experienced such attacks in the past, indicating that they don’t feel any more protected following an attack than they did prior.

Although 83 percent of all respondents highlight email as a common attack vector, one out of ten report not having any kind of email security training in place. Among the least-confident respondents, 23 percent attest to lacking any supplementary security measures. 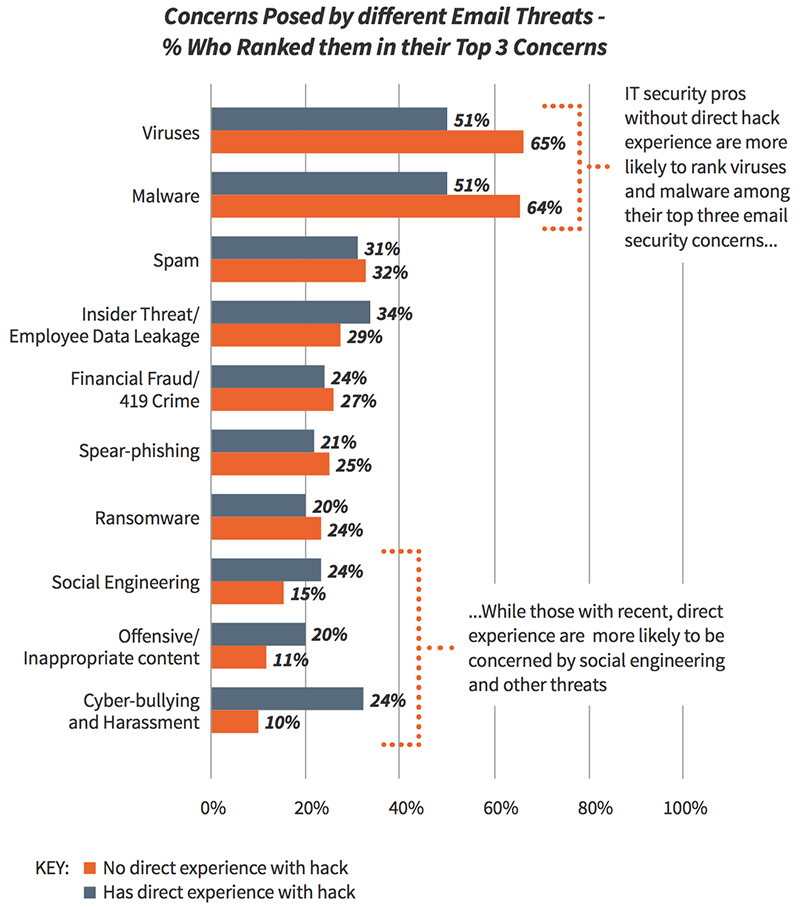