Though the C-suite recognizes the benefits of data security, organizations are still struggling to develop programs that effectively incorporate security strategies without detracting from other business initiatives, according to Dell.

Even with tools in place to address data security needs, business and IT decision makers report gaps in their comfort level with implementing or expanding programs that rely on these technologies. In addition, the survey found that security concerns are limiting the adoption of cloud and mobility solutions throughout organizations. 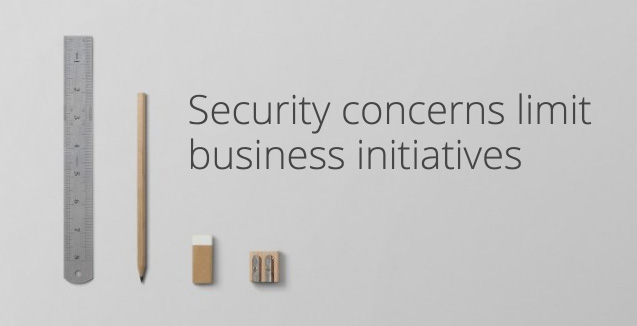 Security as a priority

While the C-suite is more invested in data security than in the past, IT teams feel executives are still not allocating the energy or resources needed to properly address data security challenges.

“These findings suggest that the C-level has to be more engaged when it comes to integrating data security strategies into their business,” said Steve Lalla, vice president of Commercial Client Software & Solutions for Dell. “Business leaders understand the need to invest in their security infrastructure, but that isn’t translating into updating or expanding their current systems to adequately prevent modern attacks.”

A lack of investment in streamlined technologies and a shortage of talent are both barriers to fine-tuning data security programs.

These findings show that the costs and time constraints that commonly accompany traditional single point solutions have an adverse impact on IT departments,” said Lalla. “For companies with hundreds or thousands of employees, managing each endpoint separately using multiple consoles is extremely inefficient and leads to a high probability of conflict or incompatibility. Implementing a single, integrated suite for IT management can drastically improve this process.” 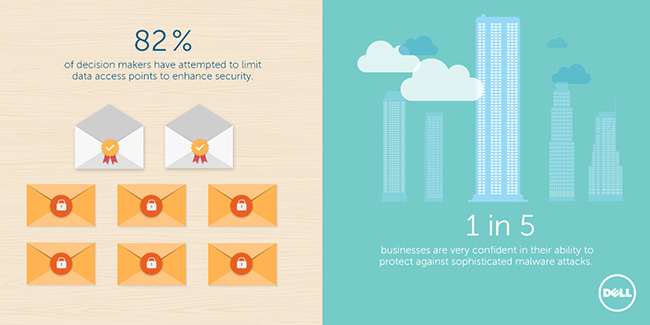 What’s keeping IT and business decision makers up at night?

The report showed that respondents remain highly concerned about malware, despite the fact that most have anti-malware solutions in place.

“The fact that IT and business decision makers are not confident in their anti-malware defense implies that they may be using outdated or ineffective tools,” said Brett Hansen, executive director, Data Security Solutions for Dell. “When IT teams do not have the resources they need to proactively prevent threats and stay on top of the evolving threat landscape, they are forced to play defense using threat detection and remediation alone.”

The common narrative is that all offices are becoming more mobile, but according to this report, the truth is somewhat more complicated.

“When organizations opt out of creating sanctioned, secure mobility programs, they open themselves up to other risks,” said Hansen. “Mobility and security can easily co-exist with modern data security technology that uses intelligent encryption to protect data whether it’s at rest, in motion or in use.”

The risk of public cloud platforms

With more employees using public cloud services like Box and Google Drive in the workplace, decision makers are not confident in their ability to control risks posed by these applications.

“Security programs must enable employees to be both secure and productive, and this means enabling technology that helps them do their jobs,” said Hansen. “Companies can try to limit or prohibit public cloud use, but it’s more effective to use intelligent data encryption to protect corporate data wherever it may go, and reduce the risk of employees working around restrictive policies in order to be productive.”