“The persistency aspect is that they evade detection with tactics like dynamic IP rotation from huge pools of IP addresses, using Tor networks and peer to peer proxies to obfuscate their origins, and distributing attacks over hundreds of thousands of IP addresses,” said Rami Essaid, CEO of Distil Networks. 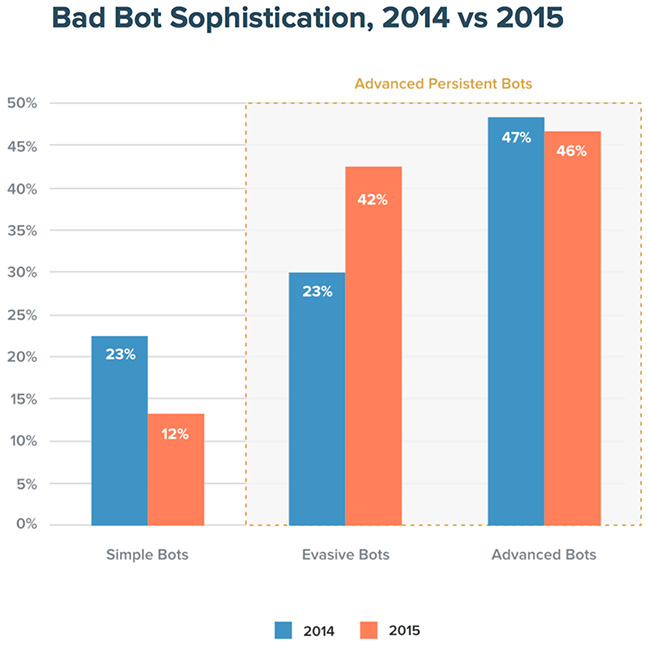 “As Digital becomes the norm, we will witness any attempt to provide a competitive advantage, and this will invariably involve the use of a bot of some description. Such tactics are not common knowledge, but their use is prolific and potential impact significant,” Raj Samani, VP and CTO EMEA at Intel Security, told Help Net Security.

For the first time since 2013, humans outnumbered bots for website traffic. 46 percent of all web traffic originates from bots, with over 18 percent from bad bots.

Medium-sized websites (10,001 to 50,000 Alexa ranking) are at a greater risk, as bad bot traffic made up 26 percent of all web traffic for this group.

The rise of Advanced Persistent Bots: 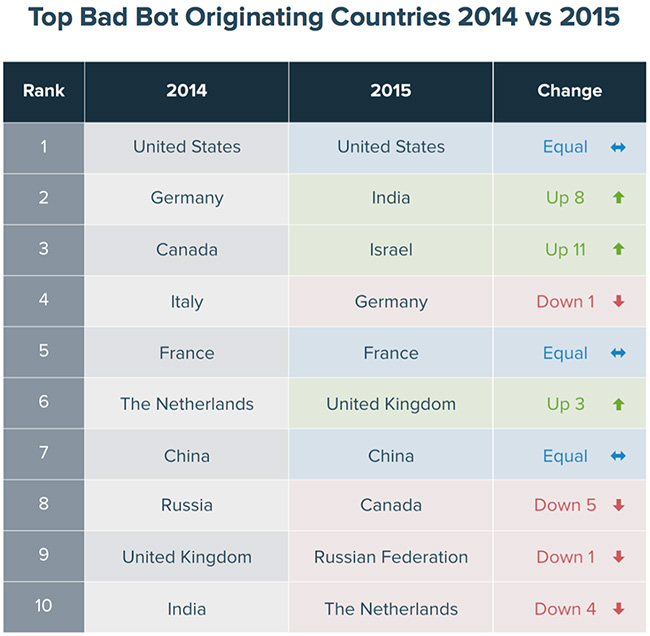