Hybrid IT is about more than saving money. A survey of IT decision-makers at major financial services, retail, health care, and other organizations found that 50 percent have seen IT costs remain the same or rise since adopting a hybrid IT strategy. Yet 94 percent report positive business impacts despite the costs, according to research conducted by Vanson Bourne. 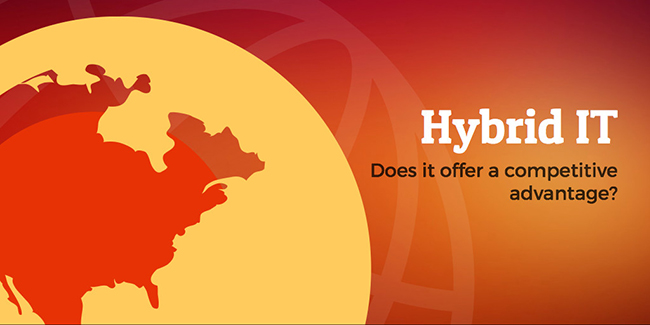 Running a Hybrid IT environment

The survey respondents, spread throughout the U.S. and Europe, remain committed to hybrid IT strategies despite growing skills gaps and the potential costs and complexity of mixing cloud resources with existing in-house IT environments.

A full 73 percent agreed that running a hybrid IT environment was necessary to staying competitive, and 74 percent were willing to invest to ensure they have the skill sets within their organization to successfully run their Hybrid IT estate.

The cost of hybrid IT

The cost of hybrid IT varies widely, according to the study. Half of organizations saw costs increase, at an average of $291,000 per year. The other half, however, have seen significant cost savings – an average of $218,700 per year overall.

Despite the costs, almost half (45 percent) were driven to hybrid IT as part of an evolution toward the cloud, with 38 percent responding that it offered a competitive advantage. A third of respondents pointed to changing customer and workforce demands that have necessitated a hybrid IT approach.

Often, combining cloud environments with on-premises systems is necessary for legacy applications or as part of mergers and acquisitions (M&A). Nearly half of respondents (49 percent) cited mission-critical legacy applications that they needed to keep running as a key reason why they employ hybrid IT. The second most common answer, at 48 percent, was M&A activity that left the organization with multiple IT systems.

Many of these organizations need help managing their hybrid IT. Some 41 percent of respondents rated their organization’s current IT estate as “very complex” or “extremely complex.” Only 3 percent said their environment was “not at all complex.” More than a third (34 percent) admitted they don’t fully understand their firm’s IT architecture.

One reason for the complexity might be that businesses lack the skills needed for hybrid IT success. A full 89 percent of global respondents said their team lacks at least one skill, and two in five feel their organization isn’t up to managing the complexity of their Hybrid IT estates.

When asked what skills they lacked, 37 percent cited the ability to respond to security issues – the most commonly reported need. More than a quarter of organizations said that they needed to fill skills gaps in managing different IT systems across different departments (28 percent), and integrating and maintaining public and private cloud environments (27 percent each).