Wandera announced the findings of a comprehensive security assessment of the most popular business apps used on corporate mobile devices by enterprise customers across North America, Europe and Asia. 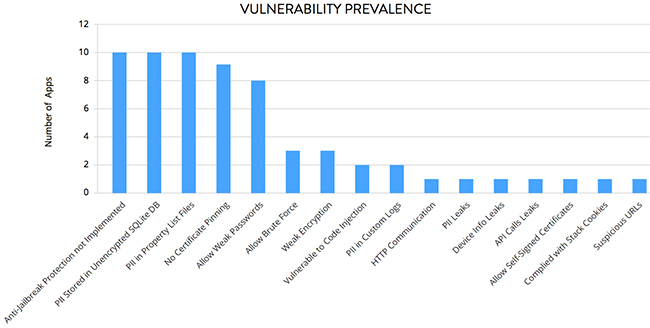 The ten apps analyzed in the report are very widely used around the world by enterprise employees and have been downloaded an estimated 1.4 billion times from the Google Play store. Within Apple’s App Store, they fall within the top 0.05% of all published apps and are primarily classified in the business and productivity categories.

According to the OWASP test, the most common vulnerabilities impacting mobile apps are insecure data storage, insufficient transport layer protection, lack of binary protections and poor authorization and authentication.

The insecurity of top enterprise apps

Perhaps most notably, the survey results reveal that enterprises should not overlook the fact that corporate data resides in mobile apps making mobile security a critical concern.

To improve mobile security, IT departments need to implement third party safety nets around applications and address data security holistically. It is essential that developers utilize a secure development process and thoroughly test code before releasing it to users.