Two communications professors have proven what we all anecdotally knew to be true: the overwhelming majority of Internet users doesn’t read services’ terms of service (ToS) and privacy policies (PP), and those few they do, they do it far from thoroughly.

In order to see how many people read these documents before signing up for an online service, professors Jonathan Obar from York University and Anne Oeldorf-Hirsch from University of Connecticut set up a fictitious social networking site (SNS) called NameDrop: 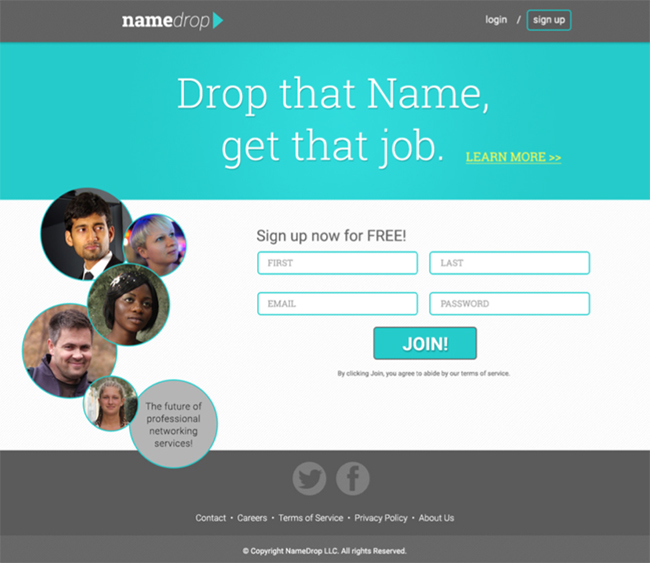 They invited 543 students to sign up for it, and then asked them complete a survey that asked questions about their interaction with the privacy and ToS policy.

Both documents were modified versions of LinkedIn’s, and it would take users an estimated 29-32 minutes (PP) and 15-17 (ToS) minutes to read them. The ToS also held two so-called “gotcha” clauses: users would have to agree to allow NameDrop to share their data with third parties, including government agencies (e.g. the NSA), and to hand over their first-born child to NameDrop.

Here are some of the results of the survey:

More explanations that give insight into the participants’ thinking and decision making can be had in the paper.

The researchers noted that these dispiriting results are even more so when you take into consideration that the participants in the survey were communications students, who study privacy, surveillance and Big Data issues in class.

“If communication scholars-in-training cannot be bothered to read SNS policies, let alone demonstrate concern about the implications of ignoring notice opportunities, it seems likely that the general public would commonly ignore policies as well,” they pointed out.

It’s obvious that the current situation with PPs and ToS – the “notice and choice” policy – is a failure for users, and needs to be changed.