Consumers are wary of the increased frequency of cyber attacks against retailers, and many are ready to walk away from their favorite retailers if a breach occurs. In fact, in surveying 448 consumers, KPMG found that 19 percent said they would stop shopping at a retailer that had been a victim of a cybersecurity incident, even if the company took the necessary steps to remediate the issue. 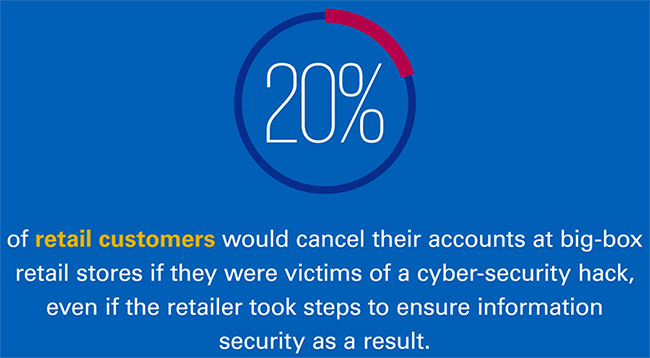 In addition to those who would abandon the retailer entirely, 33 percent of the consumers indicated that fears of further exposure of their personal information would prevent them from shopping at a breached retailer for at least three months. When asked which factors most likely contribute to a customer not returning – or delaying a return – to the store, consumers surveyed cited a lack of a solid plan to prevent further attacks as a top factor. 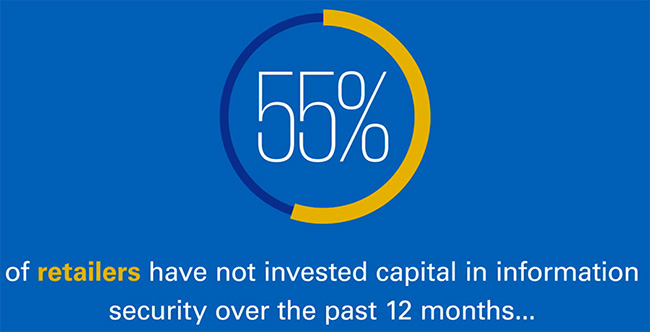 “Make no mistake, there is a lot at stake here for retailers,” said Mark Larson, KPMG’s National Line of Business Leader for Consumer Markets and Global and U.S. Sector Leader for Retail. “Consumers are clearly demanding that their information be protected and they’re going to let their wallets do the talking. Retailers that don’t make cyber security a strategic imperative are taking a big gamble.”

“Quite frankly, many retailers are not doing enough to protect their businesses from cyber-attacks or react to them when they occur, and the effects of their inaction will end up harming them in the long run,” said Tony Buffomante, Principal and Retail Cyber Security Leader for KPMG. “If retailers pay more attention to the issue of cybersecurity and are more transparent with their customers on their awareness, it could serve as a key business differentiator.”