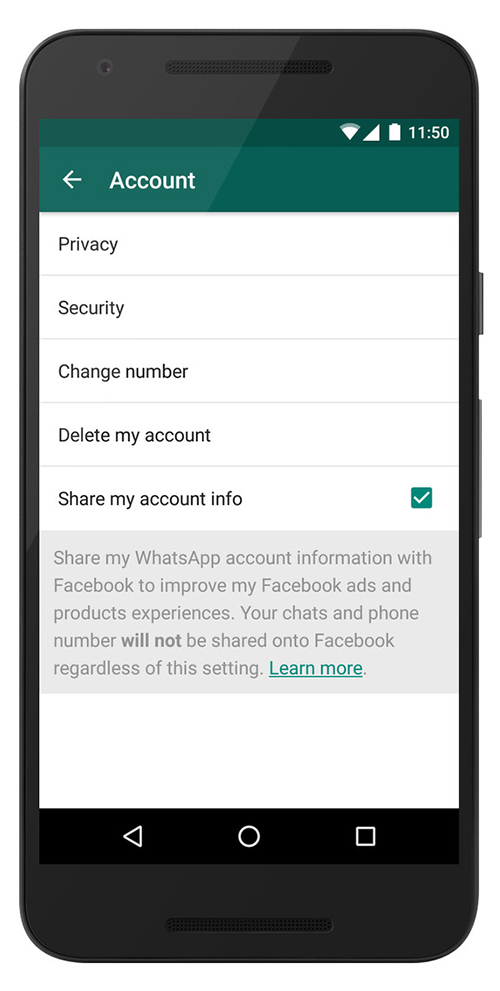 “By connecting your phone number with Facebook’s systems, Facebook can offer better friend suggestions and show you more relevant ads if you have an account with them,” the company explained the move.

Even though, ultimately, you know they will do what they want in the end, this type of word play is meant to, and probably will, placate many WhatsApp users who will initially get riled about the new changes.

But while users might not (yet) get ads on WhatsApp, they may be getting offers from businesses with which they communicate.

This, in itself, is not a bad thing, and many users might like it. WhatsApp says that “as with all of your messages, you can manage these communications, and we will honor the choices you make.”

WhatsApp promises that the encrypted messages users send or receive will still be off-limits to everyone, including them or Facebook or anyone else. WhatsApp has implemented end-to-end encryption by default in April this year.

These latest changes shouldn’t come as that much of a surprise to anyone who has noticed that in January, WhatsApp did away with all subscription fees. Companies must earn, and money has to come from somewhere – if not from the users, then from the businesses who will (directly or indirectly) pay to have access to them.

After Facebook acquired WhatsApp, WhatsApp’s co-founder Jan Koum decided to address speculations about whether the privacy of their users will be affected by the deal.

I guess only time will tell if today’s announcement is a one-off concession, or the first raising of the heat that will ultimately kill the metaphorical boiling frog.

The phone number sharing will be performed by default, unless users opt out of it. Instructions on how to do that can be found here, just be aware that you have only 30 days to do it once you agree to the updated Terms of Service and Privacy Policy.