Digital transformation is a top priority and source of anxiety for enterprises, but the majority of IT decision makers have not completed technology deployments to address the initiatives that are critical to making the shift, according to Ping Identity. Security and identity access management were respectively ranked the top two initiatives critical to digital transformation. 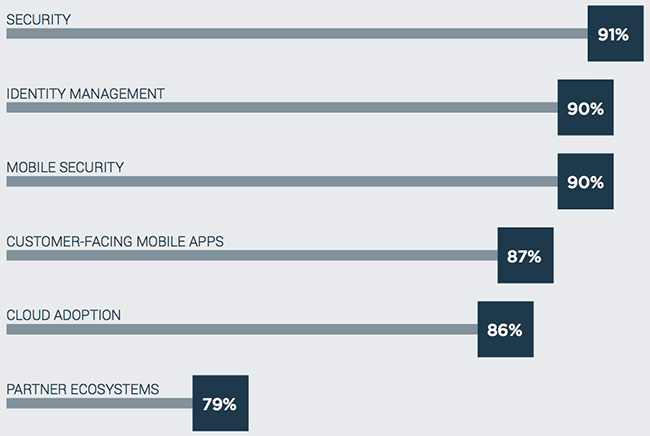 “Above cloud, mobile and IoT, enterprises view security and Identity and Access Management as the make-or-break factors for winning in the digital economy,” said Andre Durand, CEO of Ping Identity. “This research reveals how a company’s ability to succeed at everything from delivering personal, convenient and trusted mobile customer experiences to moving infrastructure to the more cost-efficient cloud hinges on having the right security measures in place, including secure access for employees, partners and customers.”

Building businesses that are fast, always-on and inherently digital is becoming the new norm across every industry due to the rise of SaaS, cloud and mobile technology. Companies are eliminating their data centres and moving their apps to Software-as-a-Service and Infrastructure-as-a-Service like AWS and Microsoft Azure. 100 year-old banks are rolling out mobile apps to compete with cloud- and mobile-first disruptors like Square and Stripe.

Ping Identity surveyed IT decision makers based in France, Germany, the United Kingdom and United States for a comprehensive report that details how the enterprises are prioritising initiatives to support digital transformation, including:

Cloud remains a top priority, but adoption is in its infancy

The research revealed that cloud adoption is still nascent within the enterprise, but moving infrastructure to the cloud is a top digital transformation priority.

Security is the top imperative and obstacle for success

IT decision-makers view security as the most important element to successfully making the digital transformation, but also the greatest roadblock to adopting cloud infrastructure, another critical digital enabler. Consequently, IT decision makers report that they are allocating more resources to security with the rise of cloud adoption.

Identity is a linchpin for the digital economy

The study showed that IT decision makers view identity and access management technology as a key enabler of digital transformation.