iPass surveyed more than 1,700 mobile professionals worldwide about their connectivity habits and preferences, highlighting the ever-increasing influence of Wi-Fi on our daily lives.

For mobile professionals who don’t want to be stung by data bills or exorbitant roaming charges, Wi-Fi has become a travel essential, influencing hotel, airport and other travel choices.

“The Wi-Fi experience is increasingly affecting mobile professionals’ travel choices, even at 30,000 feet, with more than a third of respondents having selected their airline based on its Wi-Fi connectivity offerings. Long gone are the days when Wi-Fi was only a ‘nice-to-have’ at airports and inflight. Mobile professionals are no longer content to sit and wait for their flights. Instead, they want to remain productive or simply unwind during this valuable time,” said Patricia Hume, chief commercial officer of iPass. 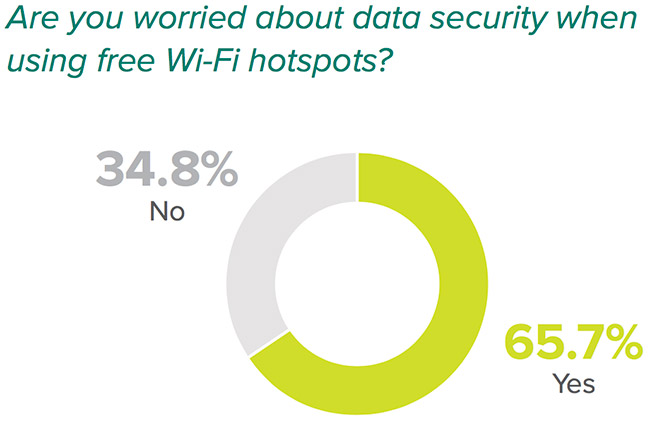 The survey also highlights the extent to which mobile security remains the biggest obstacle to the use of free Wi-Fi and illustrates the difficulties companies have enforcing safe mobile use policies:

“Unfortunately, the priorities of companies and their employees seem to be worlds apart. Employees have vast troves of valuable data on their smartphones, but are considerably less concerned about losing sensitive corporate data than they are about losing their personal information. It’s clear that companies still need to do a lot more to educate their employees regarding mobile security risks and provide robust safe usage guidelines. Ultimately, in today’s Wi-Fi first world, mobile professionals need to be equipped with the tools they need to remain productive wherever they are, while ensuring the use of public Wi-Fi doesn’t expose their corporate data to ever-growing security risks,” concluded Hume.