Western Union has agreed to forfeit $586 million and enter into agreements with the Federal Trade Commission, the Justice Department, and several U.S. Attorneys’ Offices. Western Union admits to criminal violations including willfully failing to maintain an effective anti-money laundering program and aiding and abetting wire fraud. 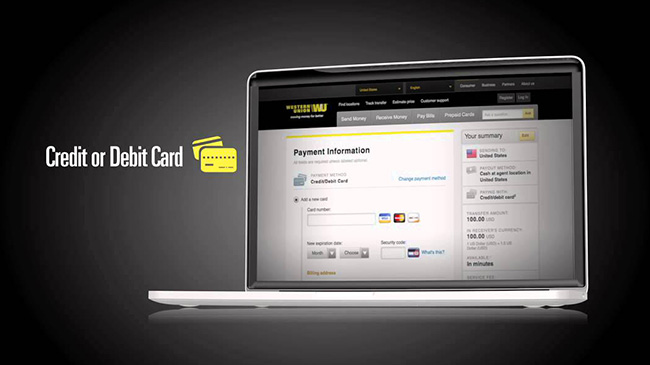 “As this case shows, wiring money can be the fastest way to send it – directly into the pockets of criminals and scam artists,” said Acting Assistant Attorney General David Bitkower. “Western Union is now paying the price for placing profits ahead of its own customers. Together with our colleagues, the Criminal Division will both hold to account those who facilitate fraud and abuse of vulnerable populations, and also work to recoup losses and compensate victims.”

“Our investigation uncovered hundreds of millions of dollars being sent to China in structured transactions designed to avoid the reporting requirements of the Bank Secrecy Act, and much of the money was sent to China by illegal immigrants to pay their human smugglers,” said U.S. Attorney Eileen M. Decker. “In a case being prosecuted by my office, a Western Union agent has pleaded guilty to federal charges of structuring transactions – illegal conduct the company knew about for at least five years. Western Union documents indicate that its employees fought to keep this agent – as well as several other high-volume independent agents in New York City – working for Western Union because of the high volume of their activity. This action today will ensure that Western Union effectively controls its agents and prevents the use of its money transfer system for illegal purposes.”

Western Union agreed to settle charges by the FTC in a complaint filed today in the U.S. District Court for the Middle District of Pennsylvania, alleging that the company’s conduct violated the FTC Act. The complaint charges that for many years, fraudsters around the world have used Western Union’s money transfer system even though the company has long been aware of the problem, and that some Western Union agents have been complicit in fraud.

The FTC’s complaint alleges that Western Union declined to put in place effective anti-fraud policies and procedures and has failed to act promptly against problem agents. Western Union has identified many of the problem agents but has profited from their actions by not promptly suspending and terminating them.

In resolving the FTC charges, Western Union agreed to a monetary judgment of $586 million and to implement and maintain a comprehensive anti-fraud program with training for its agents and their front line associates, monitoring to detect and prevent fraud-induced money transfers, due diligence on all new and renewing company agents, and suspension or termination of noncompliant agents.

The FTC order prohibits Western Union from transmitting a money transfer that it knows or reasonably should know is fraud-induced, and requires it to:

In addition, consistent with the telemarketing sales rule, Western Union must not process a money transfer that it knows or should know is payment for a telemarketing transaction. The company’s compliance with the order will be monitored for three years by an independent compliance auditor.

According to admissions contained in the deferred prosecution agreement (DPA) with the Justice Department and the accompanying statement of facts, Western Union violated U.S. laws—the Bank Secrecy Act (BSA) and anti-fraud statutes—by processing hundreds of thousands of transactions for Western Union agents and others involved in an international consumer fraud scheme.

As part of the scheme, fraudsters contacted victims in the U.S. and falsely posed as family members in need or promised prizes or job opportunities. The fraudsters directed the victims to send money through Western Union to help their relative or claim their prize. Various Western Union agents were complicit in these fraud schemes, often processing the fraud payments for the fraudsters in return for a cut of the fraud proceeds.

Western Union knew of but failed to take corrective action against Western Union agents involved in or facilitating fraud-related transactions. Beginning in at least 2004, Western Union recorded customer complaints about fraudulently induced payments in what are known as consumer fraud reports (CFRs). In 2004, Western Union’s Corporate Security Department proposed global guidelines for discipline and suspension of Western Union agents that processed a materially elevated number of fraud transactions. In these guidelines, the Corporate Security Department effectively recommended automatically suspending any agent that paid 15 CFRs within 120 days.

Had Western Union implemented these proposed guidelines, it would have prevented significant fraud losses to victims and would have resulted in corrective action against more than 2,000 agents worldwide between 2004 and 2012.

Similarly, Western Union failed to terminate or discipline agents who repeatedly violated the BSA and Western Union policy through their structuring activity in the Central District of California and the Eastern District of Pennsylvania. The BSA requires financial institutions, including money services businesses such as Western Union, to file currency transaction reports (CTRs) for transactions in currency greater than $10,000 in a single day. To evade the filing of a CTR and identification requirements, criminals will often structure their currency transactions so that no single transaction exceeds the $10,000 threshold.

Financial institutions are required to report suspected structuring where the aggregate number of transactions by or on behalf of any person exceeds more than $10,000 during one business day. Western Union knew that certain of its U.S. Agents were allowing or aiding and abetting structuring by their customers. Rather than taking corrective action to eliminate structuring at and by its agents, Western Union, among other things, allowed agents to continue sending transactions through Western Union’s system and paid agents bonuses. Despite repeated compliance review identifying suspicious or illegal behavior by its agents, Western Union almost never identified the suspicious activity those agents engaged in in its required reports to law enforcement

Western Union entered into a DPA in connection with a two-count felony criminal information filed today in the Middle District of Pennsylvania charging Western Union with willfully failing to maintain an effective AML program and aiding and abetting wire fraud. Pursuant to the DPA, Western Union has agreed to forfeit $586 million and also agreed to enhanced compliance obligations to prevent a repeat of the charged conduct, including creating policies and procedures: