Users of secure chat and voice call app Signal will soon be able to enjoy the option of encrypted video calls. 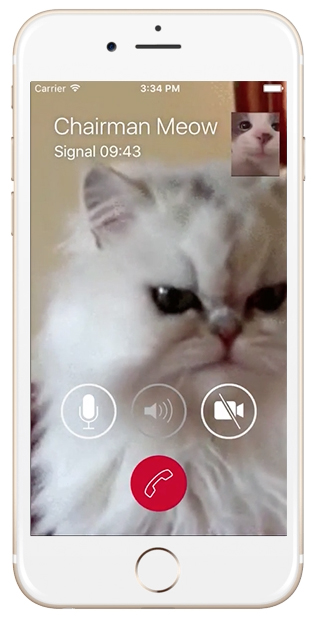 For the moment, only calls between Signal users who have both enabled the option (Signal Settings -> Advanced -> Video calling beta) will use this new calling system, and the feature – as noted in the settings – is still in beta.

iOS users who want to test the option out but have their iPhone linked to their iCloud accounts are instructed to disable the feature’s use of Apple’s CallKit framework for VoIP calls – if they don’t want some of their call metadata getting stored on Apple’s servers.

“As well as being able to answer calls directly from your lock screen, you’ll also see Signal calls in the system’s ‘Recent Calls’ list. This is because iOS treats CallKit calls like any other call, however that also means some information will be synced to iCloud if enabled. This information includes who you called and how long you talked.”

CallKit use can be disabled in Signal Settings -> Advanced -> Use CallKit. Disabling it on your phone means that your Signal-using contacts’ phones will also be prevented from leaking you call metadata to Apple.

Marlinspike told Wired that they have still not decided whether the next version of Signal will integrate CallKit by default or as an opt-in feature, and how they will put the option to users if the opt for the latter.

He has also shared more technical details about how they are handling the security of VoIP calls.