A 1E survey of 1,014 IT professionals, who together manage more than 21 million endpoints globally, centered on unplanned activities – how often they occur, what types are most common, and the time spent identifying and addressing issues. 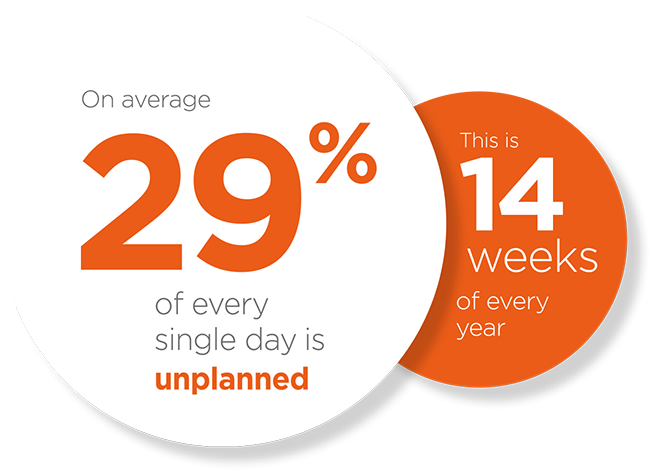 Thinking of business-critical requests for IT support

How long does it typically take to respond to the cause of a disruption and to fix the issue?

“We knew that IT teams spend a lot of time on unplanned incidents, but we didn’t think it was this high – one third of their time. That’s taking a huge toll on their ability to innovate,” said Sumir Karayi, CEO of 1E.