Do banking institutions have a good handle on the things they need to remediate and new control layers they need to adopt to keep users secure?

To answer those questions, Accenture and NowSecure have performed vulnerability assessments of customer-facing mobile banking apps of 15 banking institutions in the North American market.

They have tested the iOS and Android app versions of each of these banks, and found that every app they tested had at least one security issue.

Among the security risks identified were:

Based on this and other historical app security assessments, the researchers have concluded that banking institutions have been proactive when it came to remediating well-known critical security issues such as Heartbleed, MITM exposure and others, but less so in regards to the above noted security risks.

Many of the institutions have also introduced multi-factor authentication for online banking (a good step), but chose to leverage SMS technology to deliver authentication codes (inherently insecure choice). 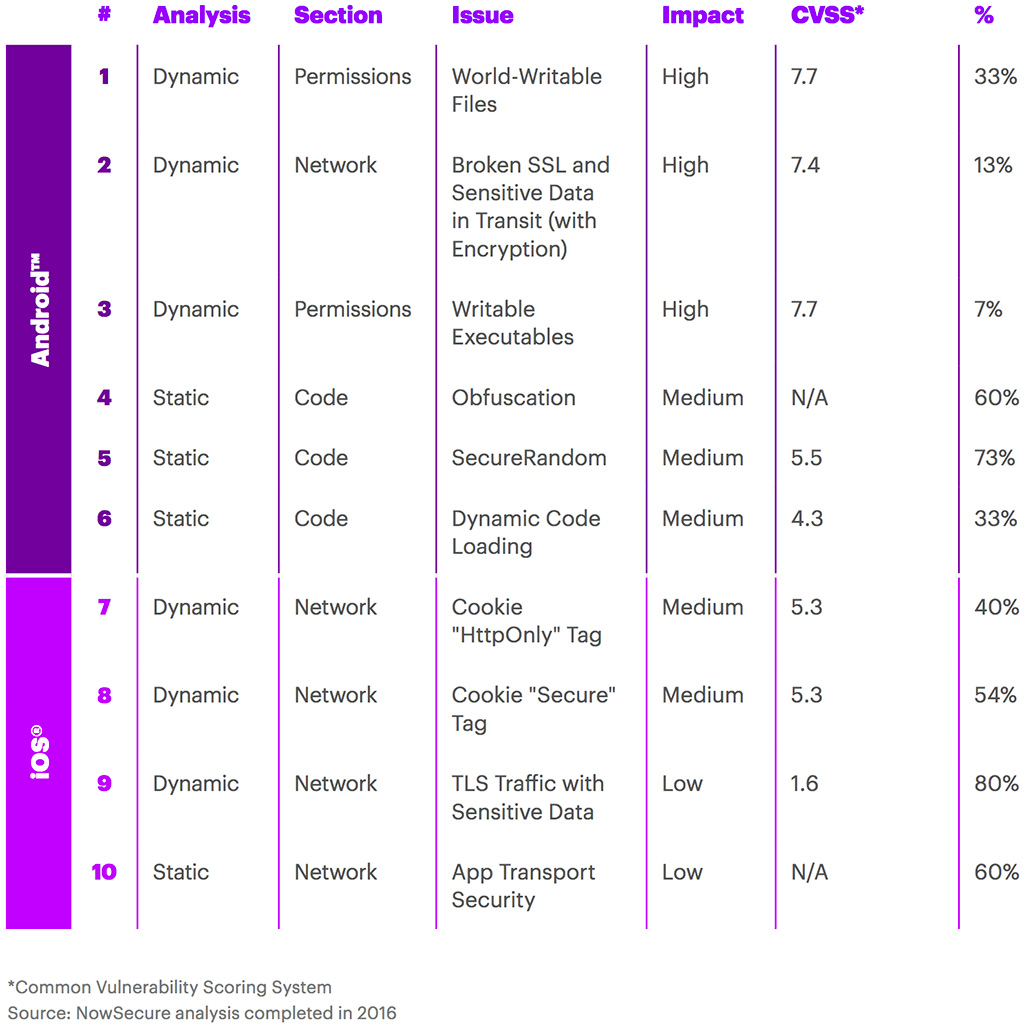 The researchers have flagged insecure communication as the biggest risk.

Security around the transfer of data across communication channels is a challenge for developers, they noted, pointing out that developers are placing too much confidence in secure end-user behavior and back-end server-side communications.

“Development teams should strive to embed security within the end-to-end mobile SDLC (Systems Development Life Cycle), with proper security governance and oversight supported by recurring developer training and awareness and testing,” the concluded.

“Organizations should also have a strategy for performing regular vulnerability and/or configuration assessments, complemented by penetration testing, app fuzzing, and source code reviews, to obtain a comprehensive understanding of the mobile security environment across the entire mobile deployment stack.”