The Department of Homeland Security is planning to ban US-bound air travelers from Europe and the UK from carrying laptops and other large electronic devices in their hand luggage. 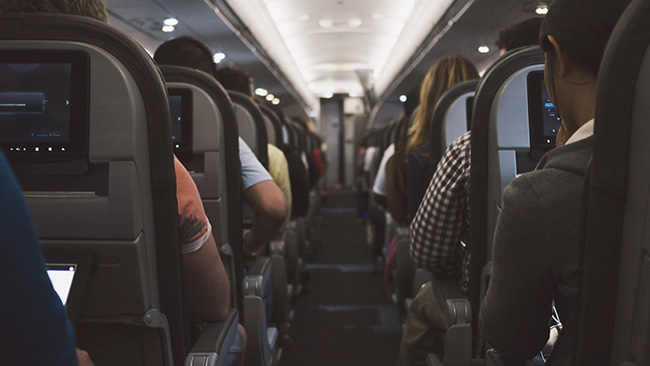 The news comes from several European security officials via The Daily Beast, and the ban is expected to be announced on Thursday, even though the DHS is still saying that no final decision has been made.

“DHS continues to evaluate the threat environment and will make changes when necessary to keep air travelers safe,” an agency spokesperson has noted.

According to EURACTIV.com and Reuters, Homeland Security Secretary John Kelly is scheduled to give a classified briefing on Thursday to inform US senators about airline issues and domestic threats. Also on Thursday, DHS officials are meeting with airline industry officials to discuss various security issues.

In March, the US government has banned large electronic devices from passenger cabins of US-bound airplanes from 10 airports in the Middle East, Africa, and Turkey.

“The US Government is concerned about terrorists’ ongoing interest in targeting commercial aviation, including transportation hubs over the past two years, as evidenced by the 2015 airliner downing in Egypt, the 2016 attempted airliner downing in Somalia, and the 2016 armed attacks against airports in Brussels and Istanbul. Evaluated intelligence indicates that terrorist groups continue to target commercial aviation, to include smuggling explosive devices in various consumer items,” the Transportation Security Administration explained at the time.

It’s more than likely that we’ll hear the same explanation for this latest ban, if it goes through.

News of the potential ban has worried European regulators, who believe the risk of poorly deactivated lithium-ion batteries in laptops stowed in airplanes’ cargo hold starting an in-flight fire is considerable.

In 2016, there were 33 recorded incidents of this type of devices and their batteries causing fire emergencies during flights. And automatic fire suppression systems of airplane cargo holds are not effective enough to deal with such a fire.

Transportations experts, airlines and the public are, understandably, worried about the adverse effects of such a ban, and diminished airplane security is just one of these.

Airports will face a great many logistical problems, dealing with stowing these devices in cargo holds quickly and safely, it has been noted.

Travellers are also worried about their devices being damaged, stolen, and the data stored in them being viewed and copied without their knowledge. This concern is especially heightened if the laptop and data on it belongs to their company, and they are expected to keep it safe at all times.