Nearly half of U.S. firms using an Internet of Things (IoT) network have been hit by a recent security breach, which can cost up to 13% of smaller companies’ annual revenue, according to a new survey by Altman Vilandrie & Company. 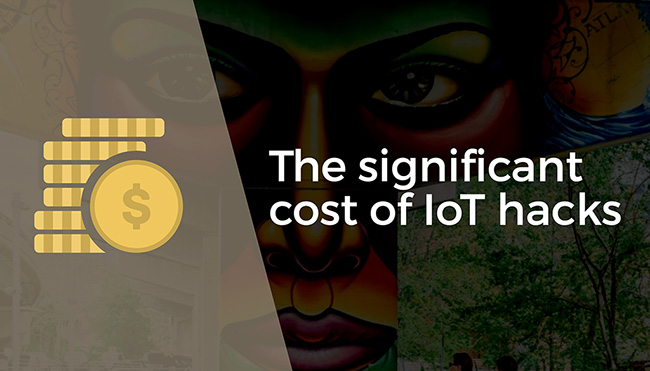 IoT security breaches are more common than you may think

The survey, which polled approximately 400 IT executives across 19 industries, showed that 48 percent of firms have experienced at least one IoT security breach. The survey revealed the significant financial exposure of leaky IoT security for companies of all sizes: the cost of the breaches represented 13.4% of the total revenues for companies with revenue under $5 million annually and tens of millions of dollars for the largest firms.

Nearly half of firms with annual revenue above $2 billion estimated the potential cost of one IoT breach at more than $20 million.

“While traditional cybersecurity has grabbed the nation’s attention, IoT security has been somewhat under the radar, even for some companies that have a lot to lose through a breach,” said Altman Vilandrie & Company Director Stefan Bewley, who co-directed the survey. “IoT attacks expose companies to the loss of data and services and can render connected devices dangerous to customers, employees and the public at large. The potential vulnerabilities for firms of all sizes will continue to grow as more devices become Internet dependent.”

The data indicated that preparedness helps: companies that have not experienced a security incursion have invested 65% more on IoT security than those who have been breached. The survey also showed that IT decision-makers often chose IoT security solutions based more on provider reputation and product quality rather than focusing on cost as a primary decision driver.

“We see it being critical for security providers to build a strong brand and reputation in the IoT security space. There are lots of providers developing innovative solutions, but when it comes to purchasing decisions, buyers are looking for a brand and product they trust,” said Altman Vilandrie & Company Principal Ryan Dean, who co-directed the survey. “Price is a secondary concern that buyers tend to evaluate after they have narrowed their options down to a few strong security solutions.”

Other key findings of the survey include: