After an internal audit revealed the limitations of Thyssen-Bornemisza Museum’s existing (analog) camera surveillance system, as well as a server that has been installed all of twenty years ago and a lack of a redundant data storage system, Miguel Angel Molina, the museum’s Security Manager, decided that the time has come for an upgrade. 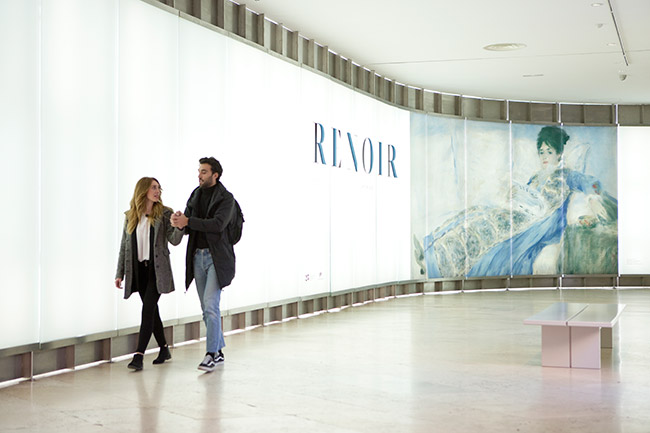 Located in Madrid, the Thyssen-Bornemisza Museum hosts some of world’s finest pieces of art. It is a national, public institution, and they have to offer warranty to visitors, and assure the safety of their own and foreign art pieces.

“One of the main targets during our audit process was to acquire the necessary technologies to become a pioneer institution in national museum security, electronic, physical, and logical,” Molina told Help Net Security.

The new system needed to have a solid, scalable base for future use, since they already knew they would need to expand it to be able to analyze the information from cameras, and also for eventual uses such as face recognition or intelligent in-store analytics.

Servers capable of managing all this data coming from the installation were also a must.

“We still have some analog cameras in use, so the installed system had to accept the coexistence between analog and IP cameras, until we decide to change them in a future phase. Of course, the system had to be fully ONVIF compliant, to be compatible with third parties’ solutions,” he noted. 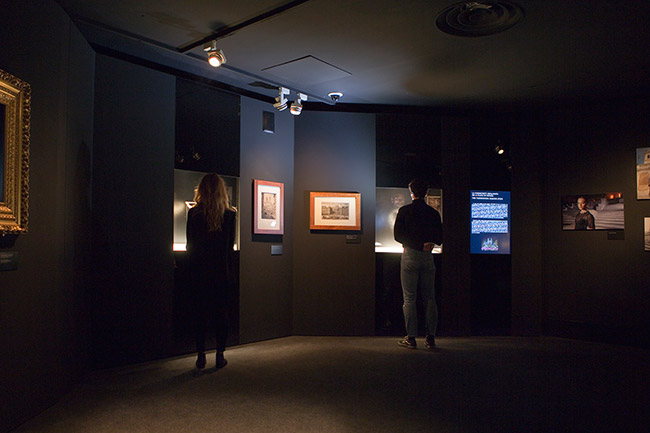 They ultimately decided to go with a single integrated security system powered by Bosch IP panoramic cameras, because the museum already had a Bosch system in place and it was very easy to expand to the current setup.

Another reason behind their decision was that, during their evaluation time, Molina learned that there is an entire ecosystem of Bosch products and solutions they could be of use.

For example, they were also looking for a system that could bring specific applications to their activity, such as remotely protect the perimeter of their art works without the need of any extra security element on the work.

As it happens, Bosch has a camera range that can be used in “museum mode,” which creates a virtual security perimeter around a picture in order to protect the work from accidental touching or robbery attempts. If the perimeter is breached, an alarm is triggered and the alert received both by the control center and the security personnel on their mobile devices.

Another series of the company’s cameras has a “starlight mode,” allowing good visibility into what’s happening in rooms hosting exhibitions that require low light conditions.

He told me that, without a doubt, the project’s main challenge has been that the existing wiring had to be changed from coaxial to IP in order to provide the required infrastructure for the IP system, and that this exchange had to be performed without a negative impact to the daily museum activity.

“The project, including cabling and also changes of recording products, installation of servers, and so on has been undertaken in different phases, keeping active the existing system while getting the new elements ready. All the works have been done out of opening hours and even at night,” he explained.

As the museum is open seven days a week, it took them three months to complete the project. “Now the system is ready to be expanded, updated or integrated with other solutions in a rather short time,” he noted. 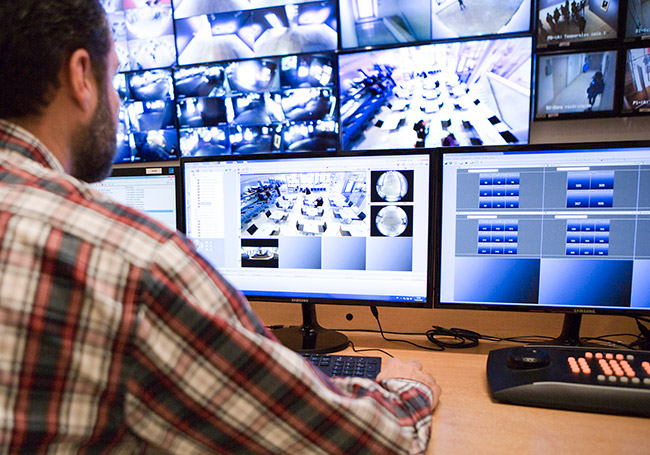 Some advice for other institutions contemplating changes

When it comes to the surveillance system for public cultural buildings such as museums, it is critical to have a good data analysis system to obtain knowledge about the number and type of visitors, their behaviors and faces, to have early alerts in waiting lines to avoid crowds in general building entrances and at temporary exhibitions rooms, to keep an eye on visitors flows in staircases, discover abandoned objects, control access to restricted areas (warehouse, docks, staff, etc.), to have a good view of poorly illuminated areas.

Good data analysis is also important from an economic perspective, says Ortega, so that the institution can identify hot spots at the museum cafeterias, different event rooms, the auditorium, chill out areas, or track private or institutional visits.

“With machine learning and artificial intelligence, future improvements in commercial surveillance products will allow systems to use only the relevant data in an optimized way, and it will be transferred in a fast, efficient manner, without collapsing the security system for the different users of this information,” he opined.

“When I say relevant, I am not only talking about what is happening inside the museum in terms of physical security, but also the use of data for other purposes, such as data matching to track information on the Internet or social networks, to detect trends, create profiles based on behavior, and foresee possible threats.” 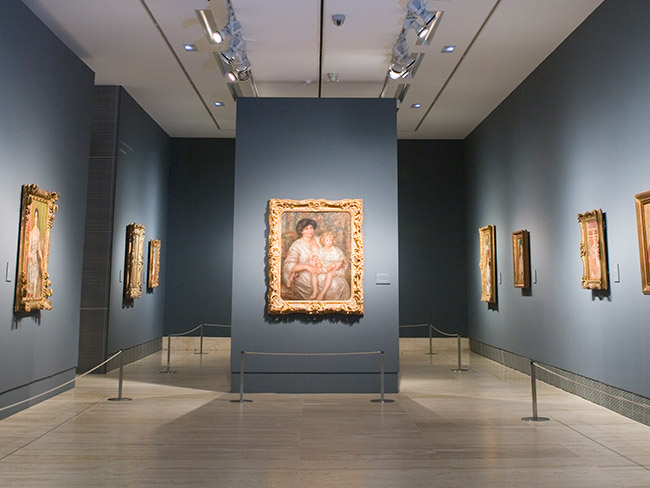 Setting up such a surveillance system or upgrading it is a sizeable project. He advises managers to first do a thorough audit of the existing situation, and ask and answer the following questions:

Next, they need to look for the easiest, most logical, but future-ready solution, and look for the compatibilities with the existing infrastructure.

“Look for a durable, quality provider, with the most complete solution that is open to integration with other solutions and systems,” he pointed out.

From Molina’s perspective, the surveillance system has to provide early detection of an eventual threat or security breach, but also needs to seamlessly integrate security and protection into the daily activity of a big, public building. Efficient monitoring is important, but it must not affect the quality of the visitors’s experience during their stay inside the museum, he noted.