IBM today unveiled IBM Z, the next generation of a transaction system capable of running more than 12 billion encrypted transactions per day. The new system also introduces an encryption engine that, for the first time, makes it possible to pervasively encrypt data associated with any application, cloud service or database all the time. 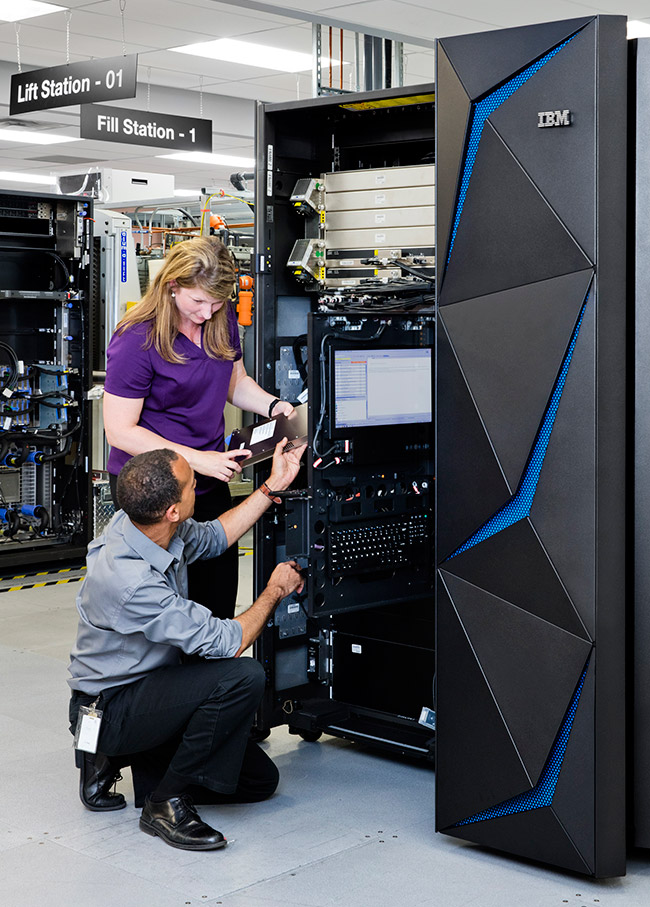 In the most significant re-positioning of mainframe technology in more than a decade, when the platform embraced Linux and open source software, the system’s advanced cryptographic capability now extends across any data, networks, external devices or entire applications, with no application changes and no impact on business service level agreements.

“The vast majority of stolen or leaked data today is in the open and easy to use because encryption has been very difficult and expensive to do at scale,” said Ross Mauri, General Manager, IBM Z. “We created a data protection engine for the cloud era to have a significant and immediate impact on global data security.”

Encryption is often largely absent in corporate and cloud data centers because current solutions for data encryption in x86 environments can degrade performance (and thus user experience), and can be too complex and expensive to manage. As a result, only about two percent of corporate data is encrypted today, while more than 80 percent of mobile device data is encrypted.

IBM Z pervasive encryption reflects a call to action on data protection articulated by CISOs and data security experts worldwide, and more than 150 IBM clients around the world who participated and provided feedback in IBM Z’s system design over three years.

As a result of this collaboration, IBM Z brings advances in cryptography technology, building on an encryption platform that safeguards the world’s banking, healthcare, government and retail systems. IBM Z pervasive encryption delivers:

Pervasive encryption of data – All the time. IBM Z makes it possible, for the first time, for organizations to pervasively encrypt data associated with an entire application, cloud service or database in flight or at rest with one click. The standard practice today is to encrypt small chunks of data at a time, and invest significant labor to select and manage individual fields. This bulk encryption at cloud scale is made possible by a massive 7x increase in cryptographic performance over the previous generation z13 – driven by a 4x increase in silicon dedicated to cryptographic algorithms. This is 18x faster than compared x86 systems (that today only focus on limited slices of data) and at just five percent of the cost of compared x86-based solutions.

Tamper-responding encryption keys. A top concern for organizations is protection of encryption keys. In large organizations, hackers often target encryption keys, which are routinely exposed in memory as they are used. IBM Z can protect millions of keys (as well as the process of accessing, generating and recycling them) in “tamper responding” hardware that causes keys to be invalidated at any sign of intrusion and can then be restored in safety. The IBM Z key management system is designed to meet FIPS Level 4 standards, where the norm for high security in the industry is Level 2. This IBM Z capability can be extended beyond the mainframe to other devices, such as storage systems and servers in the cloud. In addition, IBM Secure Service Container protects against insider threats from contractors and privileged users, provides automatic encryption of data and code in-flight and at-rest, and tamper-resistance during installation and runtime.

Encrypted APIs. IBM z/OS Connect technologies make it easy for cloud developers to discover and call any IBM Z application or data from a cloud service, or for IBM Z developers to call any cloud service. IBM Z now allows organizations to encrypt these APIs – the digital glue that links services, applications and systems – nearly 3x faster than alternatives based on compared x86 systems.

The IBM Z also helps clients build trust with consumers and comply with new standards such as the EU’s General Data Protection Regulation (GDPR) that will increase data protection requirements for organizations doing business in Europe starting next year. At the U.S. Federal level, the Federal Financial Institutions Examination Council (FFIEC), which includes the five banking regulators, provides guidance on the use of encryption in the financial services industry. Singapore and Hong Kong have published similar guidance. More recently, the New York State Department of Financial Services published requirements regarding encryption in the Cybersecurity Requirements for Financial Services Companies.

IBM Z, integrated with IBM Security software, automates and streamlines security and compliance processes. For example, auditors are expected to manually inspect and validate the security of databases, applications and systems. Organizations can now immediately demonstrate that data within the scope of compliance is protected and the keys are secure. This can significantly reduce the mounting complexity and cost of compliance for auditors. The system also provides an audit trail showing if and when permissioned insiders accessed data.

Creating the most secure blockchain service

These precedent-setting Container Pricing options are designed to give clients the predictability and transparency they require for their business. The pricing models are scalable both within and across logical partitions (LPARs) and deliver enhanced metering, capping and billing capabilities. Container Pricing for IBM Z is planned to be available by year-end 2017 and enabled in z/OS V2.2 and z/OS V2.3.