Over 1,100 organizations ranging from single-person businesses to companies with more than 10,000 employees participated in a survey from various regions around the globe including North America, Europe, the Middle East, and Africa. 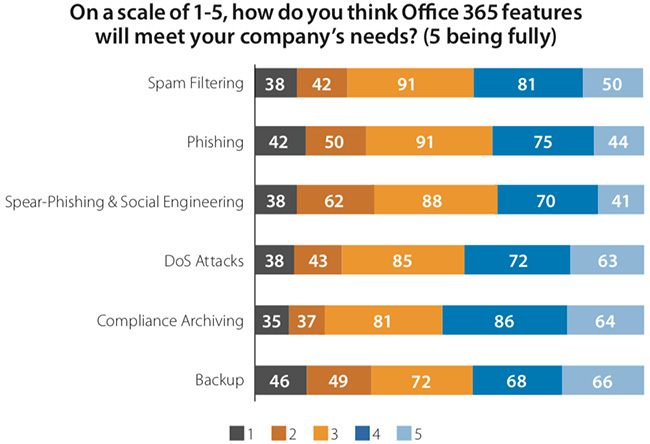 The Barracuda Networks survey aimed to measure trends around the adoption and use of Microsoft Office 365, including contributing factors for decisions about migration versus remaining with an existing platform. Additional information was gathered about customer use of third-party security and data protection solutions with Office 365, and their engagement with VARs and MSPs.

Adoption rates have increased significantly in one year

Of those respondents who haven’t migrated, nearly 44 percent cited security concerns when deciding against migrating to Office 365. Nearly 70 percent of active users reported significant concerns about advanced threats, and of those planning to migrate, 76 percent expressed the same concerns. 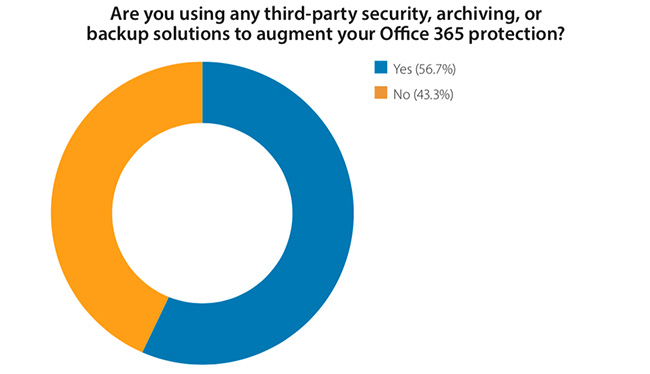 Ransomware is a top concern

More than 92 percent of respondents are worried about ransomware, and more than 47 percent reported that they have been a victim of a ransomware attack. Of those victimized, 76 percent identified email as the affected threat vector.

57 percent of respondents stated that they were augmenting Office 365 deployments with a layered-security approach, as well as additional archiving, or backup solutions. Of those intending to migrate, 72 percent said that they plan to take the layered approach as well.