Dealmakers believe that the new General Data Protection Regulation (GDPR) will likely only have a modest impact on M&A activity in the EU, according to a recent survey conducted by Merrill Corporation. 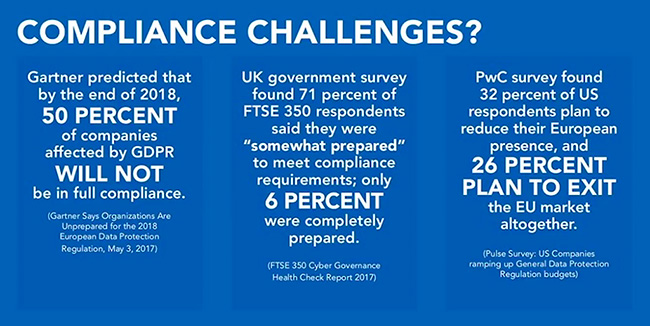 GDPR, the EU’s most significant overhaul in its privacy guidelines in more than two decades, will go into effect on May 25, 2018. The European Commission’s aim is to give citizens more control over their personal data by applying stringent standards in areas such as data consent and notification of breaches.

The survey suggests dealmakers are not daunted by the risk of serve penalties for non-compliance. Potential fines for businesses may reach 4 percent of annual revenue, or 20 million euros, whichever is higher.

“The survey results reflect a general view among dealmakers in Europe that GDPR, beyond its likely negligible impact on near-term M&A activity, will be an opportunity for businesses to closely monitor how data is being acquired, stored and shared,” said Hilary London, Merrill’s General Manager, EMEA. “Updated data protection laws also present new challenges for dealmakers, most notably the threat of heavy fines for non-compliance. For the most part, however, it is business as usual, with much of the framework to support compliance already in place for most organizations.”