A demand for more regulation may seem counterintuitive in today’s world and yet that’s exactly what consumers who understand IoT technologies want, according to a new study from Market Strategies International. 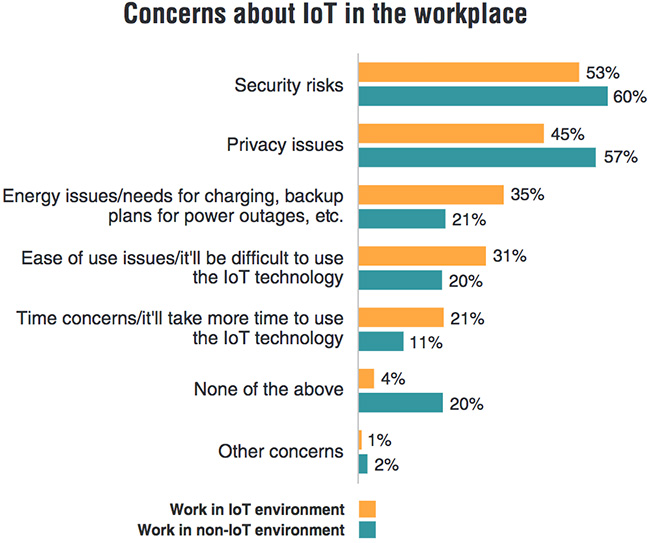 The study identified two distinct groups: the IoT “Haves” and the IoT “Have Nots.” The Haves are defined as people who have worked with IoT technologies in their workplace, whether in an office, home office, retail space, factory or other work setting. They comprise one in 10 US workers. The Have Nots, on the other hand, have not had exposure to IoT technologies at work.

The study revealed clear attitudinal and behavioral differences between these two groups when it comes to desire for and concerns about IoT, but the most striking difference is that IoT Haves and Have Nots disagree on whether the government should regulate connected technologies.

Leedy added, “We believe these workers have already seen the massive potential of the IoT and recognize that the risks—data security, privacy and environmental—are very real and merit the government getting involved to set some guardrails.”