How soon will we see our home, office or industrial robots being hijacked and held ransom by attackers? If they dedicate their efforts to research, that day may come sooner rather than later. 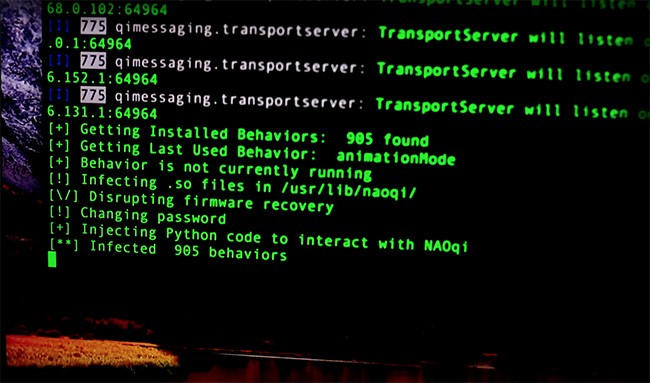 IOActive researchers Lucas Apa and Cesar Cerrudo say that the attackers are unlikely to go after data, as most of the data robots handle is in transit and only captured, retrieved, processed and transmitted to be stored in other endpoints.

They believe that hijacking robots and making it impossible for users to reset them to factory presets and remove “ransomware” without calling in the experts is the most likely approach attackers will take.

“Usually, when a robot malfunctions, you have to return it to the factory or employ a technician to fix it. Either way, you may wait weeks for its return to operational status,” they explained their reasoning.

“Businesses and factories lose money every second one of their robots is non-operational. Paying a ransom to quickly get the robots working again could be cheaper than the alternative. Due to these unique issues with robots, cybercriminals could ask for much higher ransoms than those requested for regular ransomware attacks.”

To prove what’s possible, the two researchers created a Proof of Concept exploit that takes advantage of a long-standing undocumented function in SoftBank’s NAO, a humanoid robot mostly used in research and education.

They exploited the vulnerability, and it allowed them to execute commands on the robot remotely by instantiating a NAOqi object using the ALLauncher module and calling the internal _launch function.

The result? A robot that can’t be controlled by the user anymore and that asks for a ransom to be paid:

The vulnerability that the researchers exploited was discovered by them in 2017, when they repeatedly probed the security of a number of home, business, and industrial robots available on the market.

They tested their PoC on a NAO robot, as they had one on hand, but say that because SoftBank’s business-oriented robot Pepper has nearly the same operating system and vulnerabilities, it is sure to work on it as well.

They informed SoftBank of their findings way back in January 2017, but they are “not aware of any fix available yet.”

“Though our proof of concept ransomware impacted SoftBank’s Pepper and NAO, the same attack is possible on almost any robot,” they added.

“Robot vendors should improve security as well as the restore and update mechanisms of their robots to minimize the ransomware threat. If robot vendors don’t act quickly, ransomware attacks on robots could cripple businesses worldwide.”