A new study from the Varonis Data Lab found that on average, 21% of a company’s folders were accessible to every employee, and 41% of companies had at least 1,000 sensitive files open to all employees. 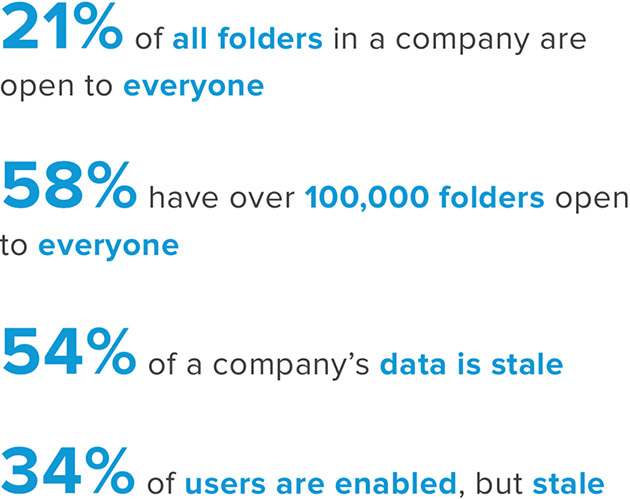 The report, based on analysis of data risk assessments conducted by Varonis in 2017 for customers and potential customers on their file systems, shines a spotlight on several issues that put organizations at risk from data breaches, insider threats and ransomware attacks, such as:

Findings from the report include: 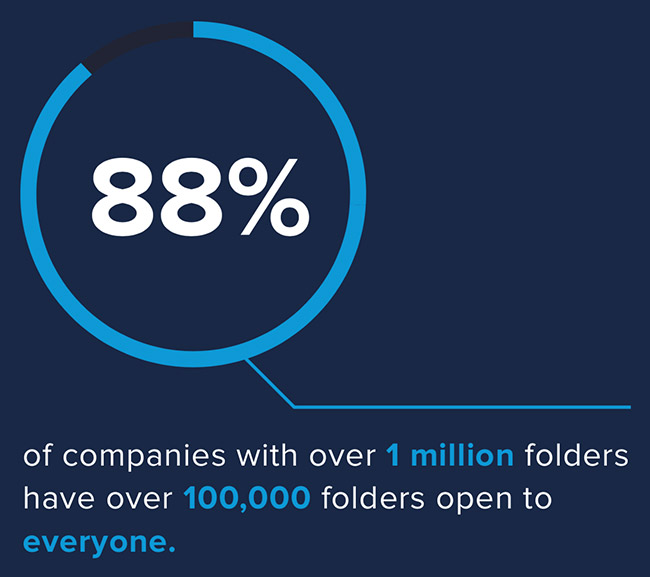 “It only takes one leaked sensitive file to cause a headline-making data breach,” said Varonis Technical Evangelist Brian Vecci. “And we’re seeing hundreds of thousands of exposed sensitive folders in our risk assessments. Executives and Board members are starting to understand how much of their data is at risk, and they need to know these exposed folders can be fixed. We’ve seen how one unpatched server can lead to a disaster; a single “unpatched” folder can be just as disastrous, and it doesn’t take an expert or sophisticated code to exploit it.”