The California State Senate voted yesterday in favor of a bill aimed at restoring the net neutrality protections put in place by the Federal Communications Commission in 2015, and preventing ISPs from engaging in practices that are inconsistent with a free and fair Internet. 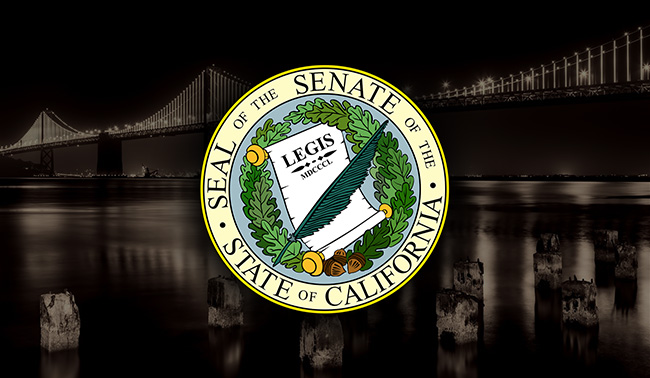 Senate Bill 822 is sponsored by Democratic Senator Scott Wiener and co-authored by a handful of other California State Democratic senators and assembly members.

It is supported by a broad coalition of public interest groups, labor organizations, social justice advocates, Internet service providers, start-ups and businesses, California mayors and local governments, as well as California residents. Among the supporters are also three former FCC commissioners, including Tom Wheeler, who was the Chairman of the FCC under President Obama.

The bill would, among other things, prevent ISPs from:

It would also allow the California Attorney General to enforce and hold ISPs responsible for violations, and consumers to bring an action under the Consumer Legal Remedies Act to protect their right to an open Internet.

“When Donald Trump’s FCC took a wrecking ball to the Obama-era net neutrality protections, we said we would step in to make sure that California residents would be protected from having their internet access manipulated,” Senator Wiener noted.

“I want to thank the enormous grassroots coalition that is fighting tooth and nail to help pass SB 822 and protect a free and open internet. We have a lot more work to get this bill through the Assembly, but this is a major win in our fight to re-instate net neutrality in California.”

The State Assembly will begin hearing about the bill in June, and by the end of August they should vote on it. If the majority agrees with the bill, the final decision of whether it should become law rests with California Governor Jerry Brown (also a Democrat).

If the bill becomes law, it will likely get challenged in court, as the FCC included a provision in the 2017 repeal that blocks states from passing their own net neutrality rules. That is, if the repeal does not get repealed first by the US Congress and President Trump.