Flexera released Vulnerability Review 2018: Top Desktop Apps, part of the annual report series from Secunia Research. This new edition focuses on heavily used desktop applications, which can be easily breached through the Internet. 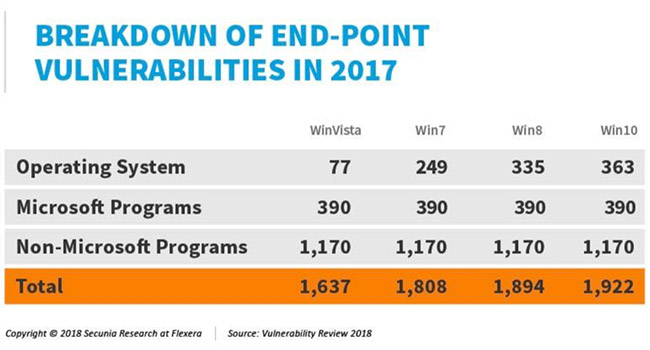 “Companies are in desperate need to improve patching so they can reduce risk. Ultimately that means creating a smart process,” said Kasper Lindgaard, Senior Director of Research and Security at Flexera. “To do that you have to cut through the noise – not all software updates are security related, and not all security updates are equally critical. Having patching processes, supported by best-in-class technologies, gives you the visibility and intelligence you need to prioritize and act decisively.”

Security professionals need to pay close attention to desktop applications because most vulnerabilities found in these types of apps can be extremely dangerous. Whenever new vulnerabilities are reported, Secunia Research issues Advisories assessing their criticality, attack vector and solution status. This allows desktop admins to identify and prioritize critical security patches. Without such information, operation teams struggle to keep up with a the large amount of patches.

Moreover, desktop applications are extremely vulnerable to attack via the Internet, making them attractive targets. 94 percent of advisories relating to desktop apps could be exploited through the Internet, without any interaction with the user, or the need for them to take any action. 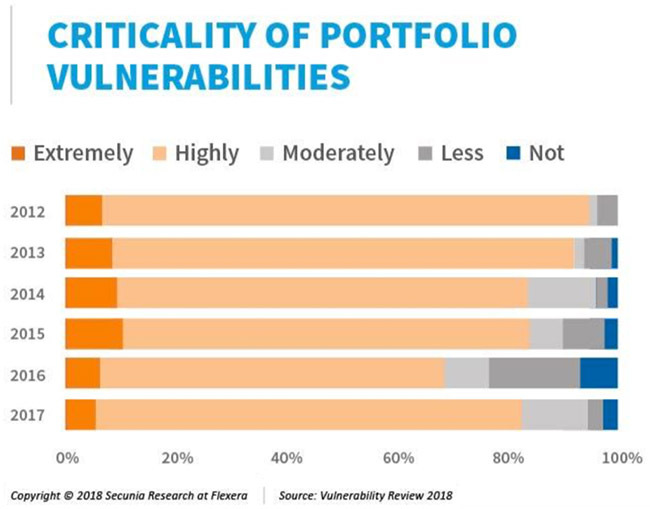 The key takeaway? When armed with vulnerability intelligence, IT professionals can get ahead of security risks with patches for almost all vulnerabilities affecting the most common desktop applications.