The Linux Foundation announced the results of an industry survey to gauge industry perceptions of open source across networking technologies. Top takeaways from the survey indicate an increasing maturity of open source technology use from operators, ongoing innovation in areas such as DevOps and CI/CD, and a glimpse into emerging technologies in areas such as cloud native and more. 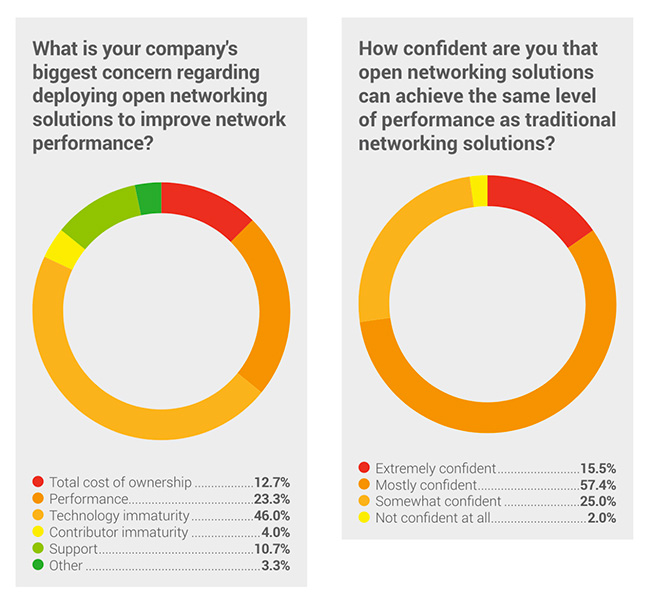 Key findings indicate CSPs show an unexpected level of sophistication around new technologies and approaches, including adoption of open networking solutions in numerous domains and active automation of processes across operations.

“From the number of CSPs expecting open source to be a critical component of next-gen networks, to the growing importance of emerging technologies like DevOps and cloud native, it’s encouraging to see open source continue to mature and watch real progress unfold,” said Heather Kirksey, Vice President, Ecosystem and Community, LFN.

The survey includes responses from 150 CSP representatives across 98 discrete companies worldwide. Bringing an unprecedented look at operator perceptions and experience of open source networking technologies, the survey delivers a comprehensive look at the state of open source in networking today.

SDN in particular is seeing strong deployment, with nearly 60 percent of CSPs reporting they have either already deployed SDN (39 percent), or are currently trialing SDN (20 percent). Open source is key to SDN solutions; 86 percent of respondents indicated it’s important that the SDN products their company uses are open source.

With 77 percent of respondents seeing DevOps as either essential (41 percent) or important (36 percent) to the long-term success of service delivery at their company, the survey indicates focus has shifted from whether to adopt this approach to the more operational elements of how and when to best roll it out.

While the stage at which CSPs are in their DevOps journey is split, an impressive 67 percent have implemented some aspect of DevOps and 22 percent are evaluating DevOps tool chains and methodologies. Less than 1 percent have no plans to adopt DevOps.

On the horizon: Cloud native and infrastructure as code (IaC)

While open source is reaching a new level of maturity among telcos generally, some strategies are still being defined among more emerging technologies:

Cloud native – the journey towards cloud native network functions (CNFs) is in the early stages:

The survey findings show open source has become core to the ways in which service providers are reinventing their networks and basic assumptions on how networks are managed has evolved. The journey so far has come with both successes and challenges that LFN, with collaboration from its membership and broader community, is committed to helping resolve.