Google has released Chrome 71 for Windows, Mac, Linux and Android.

The newest version of the popular browser comes with 43 security fixes and many new features, including several ones that aim to help users avoid security pitfalls.

As announced in November, when attempting to visit pages that try to trick them into signing up for mobile-based subscription services users will be explicitly warned about the danger through a pop-up alert: 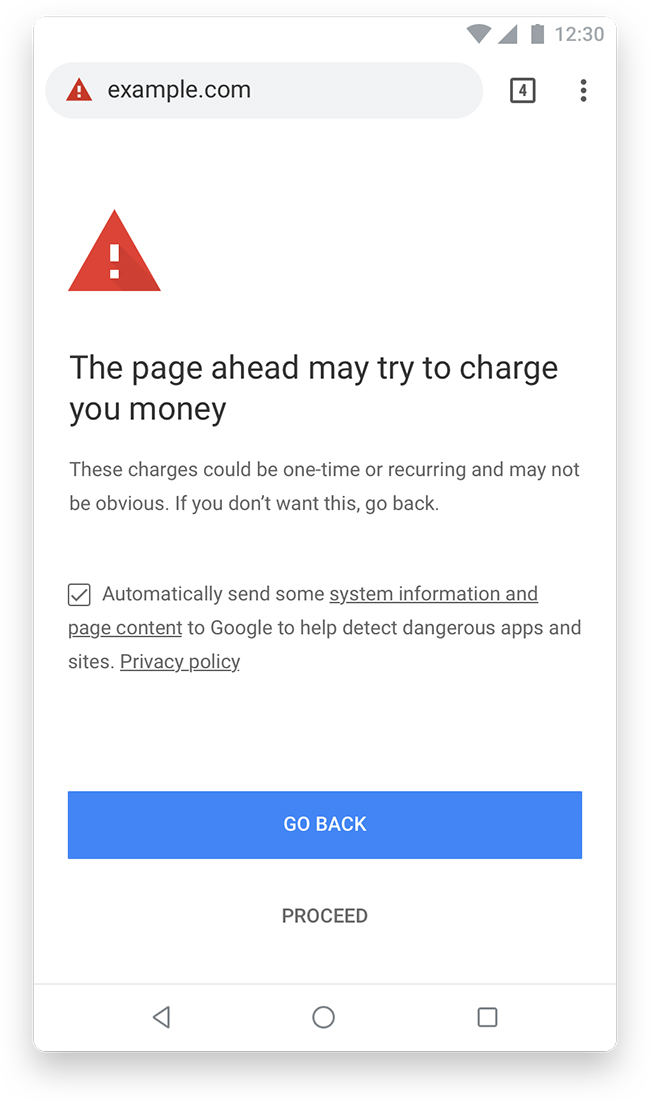 Google has also improved Chrome’s detection of sites designed to intentionally mislead and trick users into taking action on the web, and will be removing all ads on the sites that still attempt to show harmful or misleading ads (e.g., fake system warnings, “close” buttons that do not close the ad).

Another change concerns the Speech Synthesis API: from now onwards Chrome will not allow sites to “talk” to the user before they interact with the site. (This capability has often been misused in the past by tech support scam websites.)

Finally, Chrome 71 finalizes Google’s quest to prevent unauthorized inline installations of Chrome extensions. While the option was disabled in Chrome 69, the Inline Install API has now been finally removed from the browser.