IoT devices in synchronised attacks on targets represent a growing part of global Distributed Denial of Service (DDoS) weapon arsenals. There is a significant potential for attackers to use an IoT-related protocol, the Constrained Application Protocol (CoAP), deployed on IoT devices to marshal attacks. 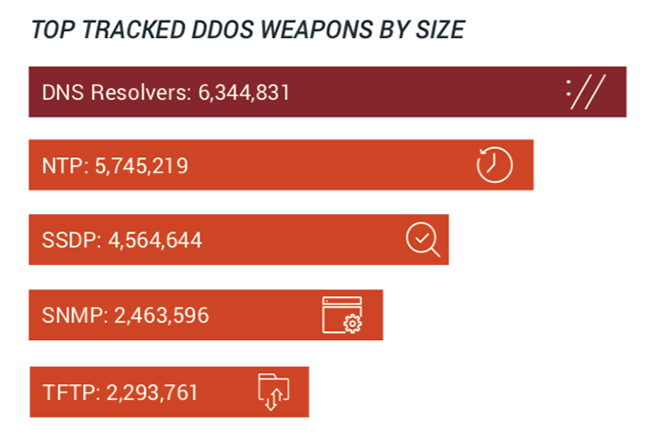 The A10 Networks report on the state of DDoS weapons in the first quarter of 2019 examines the types of weapons and attacks being used and where they are coming from. While the most prevalent types of weapons leverage other more established technologies and internet protocols, such as the Network Time Protocol (NTP), Domain Name System (DNS) resolvers, and the Simple Services Discovery Protocol (SSDP), CoAP-based devices represent a fast-emerging new weapon type in botnet arsenals.

The most common type of attack utilising many of these weapons is a reflective amplification attack through which attackers spoof a target’s IP address and send out requests for information to vulnerable servers that then send amplified responses back to the victim’s IP address overwhelming the capacity of the target’s servers.

CoAP is a lightweight machine-to-machine (M2M) protocol that can run on smart devices where memory and computing resources are scarce. From a DDoS perspective CoAP is a protocol which is implemented for both TCP and UDP and does not require authentication to reply with a large response to a small request. The latest A10 Networks report found that over 400,000 of the weapons are being used in attacks.

“The growth of IoT devices using protocols such as CoAP represent a new, fast-emerging attack surface that we expect will play a major role in DDoS attacks going forward. Like other favourite weapon types, CoAP is inherently susceptible to IP address spoofing and packet amplification, the two major factors that enable the amplification of a DDoS attack,” said Rich Groves, director of research and development, A10 Networks.

The A10 Networks report tracked some 22.9 million DDoS weapons in the first quarter of 2019.

“Having an up-to-date inventory of the millions of DDoS weapons is an important part of any DDoS defence strategy,” Groves said, explaining the importance of tracking DDoS weapons around the world.

“By creating comprehensive blacklists of suspected IP addresses, policies can be created to block those weapons in an attack. To that end, A10 Networks and our partner DDoS threat researchers analyse forensic data, tap networks, track bot-herder activities, and scan the internet for weapon signatures.”