Vendor revenue from sales of IT infrastructure products (server, enterprise storage, and Ethernet switch) for cloud environments, including public and private cloud, grew 28.0% year over year in the fourth quarter of 2018 (4Q18), reaching $16.8 billion. 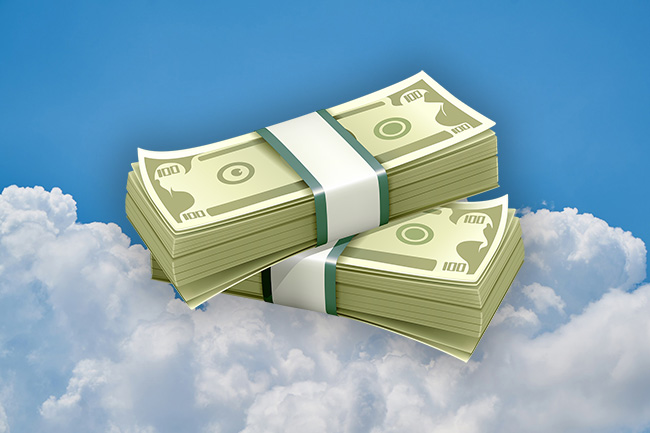 For 2018, annual spending (vendor revenue plus channel mark-up) on public and private cloud IT infrastructure totaled $66.1 billion, slightly higher (1.3%) than forecast in Q3 2018, according to the IDC Worldwide Quarterly Cloud IT Infrastructure Tracker.

IDC also raised its forecast for total spending on cloud IT infrastructure in 2019 to $70.1 billion – up 4.5% from last quarter’s forecast – with year-over-year growth of 6.0%.

Quarterly spending on public cloud IT infrastructure was down 6.9% in Q418 compared to the previous quarter but it still almost doubled in the past two years reaching $11.9 billion in 4Q18 and growing 33.0% year over year, while spending on private cloud infrastructure grew 19.6% reaching $5.75 billion.

For the full year 2018, spending on cloud IT infrastructure remained just below the 50% mark at 48.4%. Spending on all three technology segments in cloud IT environments is forecast to deliver slower growth in 2019 than in previous years.

Ethernet switches will be the fastest growing at 23.8%, while spending on storage platforms will grow 9.1%. Spending on compute platforms will stay at $35.0 billion but still slightly higher than expected in IDC’s previous forecast.

The rate of annual growth for the traditional (non-cloud) IT infrastructure segment slowed down from 3Q18 to below 1% but the segment grew 11.1% quarter over quarter.

For the full year, worldwide spending on traditional non-cloud IT infrastructure grew by 12.2%, exactly as forecast, as the market has started going through a technology refresh cycle, which will wind down by 2019.

“The unprecedented growth of the infrastructure systems market in 2018 was shared across both cloud and non-cloud segments,” said Kuba Stolarski, research director, Infrastructure Systems, Platforms and Technologies at IDC.

“As market participants prepare for a very difficult growth comparison in 2019, compounded by strong, cyclical, macroeconomic headwinds, cloud IT infrastructure will be the primary growth engine supporting overall market performance until the next cyclical refresh. With new on-premises public cloud stacks entering the picture, there is a distinct possibility of a significant surge in private cloud deployments over the next five years.”

All regions grew their cloud IT Infrastructure revenues by double digits in 4Q18. Revenue growth was the fastest in Canada at 67.2% year over year, with China growing at a rate of 54.4%.