The adoption of automation for IT security functions is on the rise across the US, UK and APAC, the latest DomainTools/Ponemon report has shown.

The report, which is based on answers from over 1,400 IT and IT security practitioners who participate in attracting, hiring, promoting and retaining IT security personnel within their companies, says that the US is embracing automation at a faster pace than in other areas, with 79 percent of respondents saying they already use automation, or are planning to in the next three years. 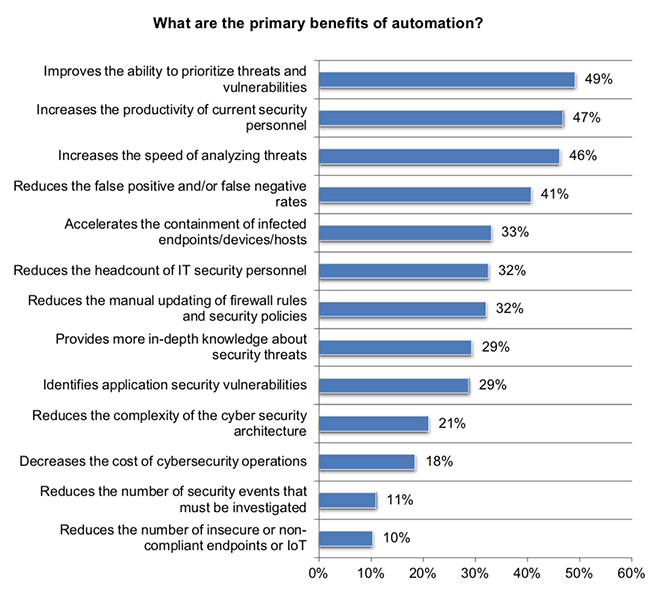 Overall, the US-based findings demonstrate an increase in confidence in job security, and meaningful benefits brought forth by automation, including improved efficiency and productivity among security staff. Still, complexities remain in addressing the skills gap as organizations increase their use of automation.

Developments in automation tools for cybersecurity have directly influenced hiring and resource allocation among respondent organizations, two-thirds of which are global organizations with at least 1,000 employees.

According to the report, nearly half of respondents (46 percent) cite an inability to properly staff their IT functions with skilled personnel, and noted that the gap in advanced cyber skills has been a driver for increasing investment in cyber automation technologies.

In comparison to last year’s study, more respondents (65 percent) in the US now believe that human involvement in security is important in the age of automation, with 48 percent saying automation will increase the need to hire people with more advanced technical skills.

“Within just one year, the perspective around adoption of automated technologies has notably shifted among security professionals,” said Dr. Larry Ponemon, chairman and founder of the Ponemon Institute.

“Contrary to the popular belief that the rise of automation will threaten the job market, organizations now feel these technologies will help ease the current strain on resources, and offer the potential to promote job security for highly skilled staff, while strengthening cybersecurity defenses.” 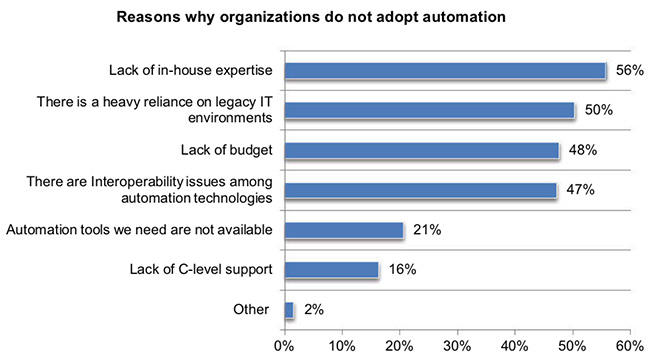 The report revealed 40 percent of teams typically spend 51-100 staff hours per day triaging and investigating alerts, and 19 percent spend more than 100 hours. Moreover, 53 percent of respondents said their organization does not have enough staff to monitor threats 24/7.

The findings also indicate that automation will improve teams’ abilities to prioritize threats and vulnerabilities, and increase the speed of analyzing them. This introduces new complexities around hiring needs, as a higher level of expertise is needed to leverage automation in an impactful way.

The majority of respondents indicated that the jobs most likely to be automated in the next three years are activities that require lower skill levels (e.g., log analysis, malware analysis, threat analysis), while higher tier work, such as attack simulation and threat hunting are not as widely expected to become fully automated.

“The uptick in automation adoption indicated by survey responses is promising as it illustrates the adaptability of security teams in a continually evolving security landscape,” said Corin Imai, senior security advisor, DomainTools.

“While the industry is becoming more comfortable with automation, and the technology is delivering a range of benefits, such as better prioritization of threats and increased productivity, the need for experienced staff remains significant. Automated technologies will certainly augment existing expertise and alleviate some of the resource limitations organizations face, but they are not a silver bullet to fix the existing skills gap.”

Additional trends revealed in this year’s report include: