StorageCraft, whose mission is to protect all data and ensure its constant availability, announced a powerful upgrade and expansion of its flagship product, StorageCraft ShadowXafe. 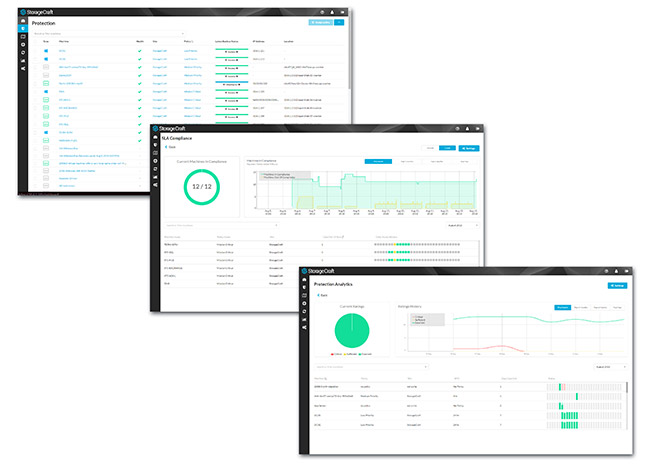 The solution now provides enhanced features for Managed Service Providers (MSPs), including data monitoring, protection, and recovery for the entire data center, independent of size and type of machine, from a single console. It eliminates complexity, improves productivity, and reduces pressure on IT skills and training. ShadowXafe outperforms competitive offerings by multiple orders of magnitude and delivers immediate business impact.

Key enhancements of the new ShadowXafe version include:

For MSPs, standardizing on StorageCraft ShadowXafe offers a path to improved productivity, profitability, and business success. It saves MSPs hours during deployment and management, takes milliseconds for recovery of data, and reduces the potential for errors. Its scalability lets MSPs add additional data protection and workflows in a few clicks.

By supporting a virtually unlimited number of nodes, it allows MSPs to grow their customer base without increasing service desk staff. ShadowXafe delivers everything through a single license and a single, usage-based, recurring or combination billing system. StorageCraft ShadowXafe supports consolidated automated billing through PSA and RMM partners.

ShadowXafe’s native tunneling feature allows for the management of thousands of devices with minimal impact on network performance and without having to reconfigure firewalls. Organizations can now scale at speed and with ease because ShadowXafe can restore any device or an entire IT infrastructure from a single console and via a single pane of glass.

With uncompromising reliability, speed and simplicity, StorageCraft comprehensively protects all data for midsize companies and MSPs irrespective of its source: whether on-premises or in the cloud, directly from VMware, or Hyper-V applications, and from both desktops and servers. For total disaster recovery and business continuity, StorageCraft ShadowXafe simply and effortlessly replicates data to a public cloud, a StorageCraft Cloud, or an off-premises location.

By supporting agentless and agent-based protection, StorageCraft ShadowXafe satisfies SLA requirements for performance-intensive VMs and physical machines. It delivers protection for multiple use cases – including physical and virtual servers, on-premises and cloud, and DRaaS, in a single solution. StorageCraft ShadowXafe recovers virtual machines (VMs) in milliseconds, outperforming competitive offerings by multiple orders of magnitude. It recovers and restores entire IT infrastructures in minutes and, with a few clicks, delivers total business continuity with a complete and orchestrated virtual failover to the cloud. Exceedingly powerful and flexible, StorageCraft ShadowXafe is 20x faster to deploy than any competitive offering.

Because StorageCraft ShadowXafe features a modern architecture of microservices which provide a simple, scalable, and flexible workflow, it makes managing and restoring VMs and physical machines a breeze. In addition, it offers seamless integration into DRaaS for failover and recovery. In the event of system-wide failure, data corruption or natural disaster, ShadowXafe’s patented VirtualBoot technology allows organizations to perform a virtual machine recovery in milliseconds and restore entire infrastructures in minutes.

With a broad array of features and capabilities and powerful, differentiated functionality at SME pricing, StorageCraft ShadowXafe is an ideal solution for SMEs and MSPs of all sizes and levels of complexity.