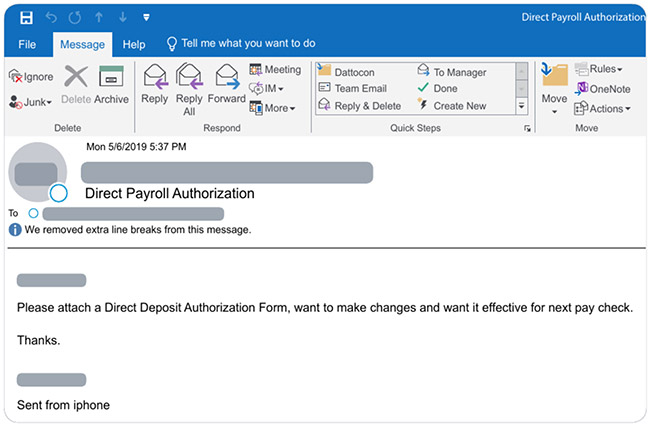 A typical phishing email impersonates a well-known contact or trusted company to induce the recipient to click on an embedded link, with the ultimate goal of credential or credit card harvesting. During Q1 2019, FireEye saw these type of attacks increase by 17% over the prior quarter.

The top spoofed brands across these activities included Microsoft, with almost 30% of all detections – followed by OneDrive, Apple, PayPal and Amazon, each within the 6-7% range.

Use of HTTPS in URL based attacks climbed 26%

In 2018, FireEye reported that URL-based attacks had overtaken attachment-based attacks as a means of delivery. This trend continued in Q1 2019. Notably, FireEye saw a 26% quarter-over-quarter increase in malicious URLs using HTTPS. This indicated malicious actors are taking advantage of the common consumer perception that HTTPS is a “safer” option to engage on the internet.

Cloud-based attacks, particularly those leveraging file-sharing services, increased in Q1’19. Analysis of Q1’19 emails showed a dramatic increase in links to malicious files posted to popular and trusted file-sharing services, such as WeTransfer, Google Drive and OneDrive. Dropbox was the most commonly used.

New impersonation variants focused on payroll and the supply chain

Threat actors continued to increase their usage of CEO impersonation fraud. They also diversified their approach. Historically, this cyber “cash cow” attack has targeted an organization’s Accounts Payable department with a spoofed email from the CEO or other senior leader. Over the last quarter, FireEye observed threat actors increasingly using two new variants:

“The danger is these new targets may not be prepared or have the necessary knowledge to identify an attack. Unfortunately, once the fraudulent activity is discovered, the targeted organization thinks they’ve paid a legitimate invoice, when the transaction was actually made to an attacker’s account.”