Four in 10 people with a credit or debit card have provided their full Social Security number in an online form in the past month, according to a new report from CompareCards, as Americans continue to wrestle with how best to combat identity theft two years after the Equifax data breach. 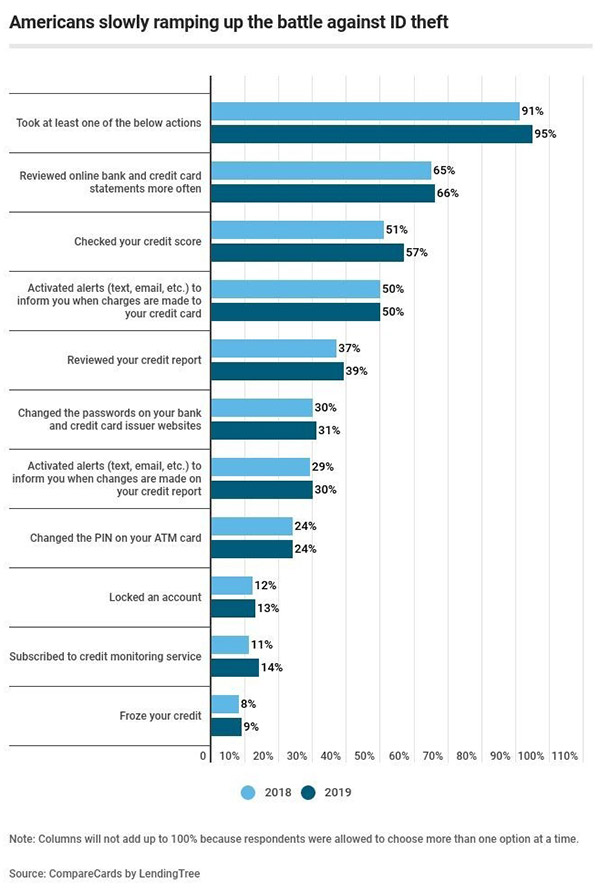 For the second straight year, CompareCards marked the anniversary of the announcement of that breach by asking Americans with a credit card or debit card their perceptions and feelings about breaches as well as what they had done in the past year to protect themselves from identity theft.

CompareCards asked about 10 actions that can help detect, prevent or protect yourself from identity theft and found that 95% of Americans said they had done at least one of them, but way too few people had done many of them. We also found that one of the most important bits of data about any American is being given out more often online than most would have guessed.

“To many Americans, data breaches just aren’t that surprising anymore, but that shouldn’t be an excuse to let your guard down,” said Matt Schulz, Chief Industry Analyst and CompareCards.

“Being jaded about the insecurity of our financial information only makes the bad guys’ job easier. Consumers can take simple steps to protect themselves against identity theft and fraud like being careful about where and when you provide your full Social Security number, monitoring credit scores and regularly checking credit reports for any unauthorized activity.”