“Smart” devices might be handy and offer higher quality services, but users should be aware that everything comes with a price. And we’re not talking here about the price of the actual device, but of the fact that these devices collect device, user and user behavior information and send it to a variety of third-parties. 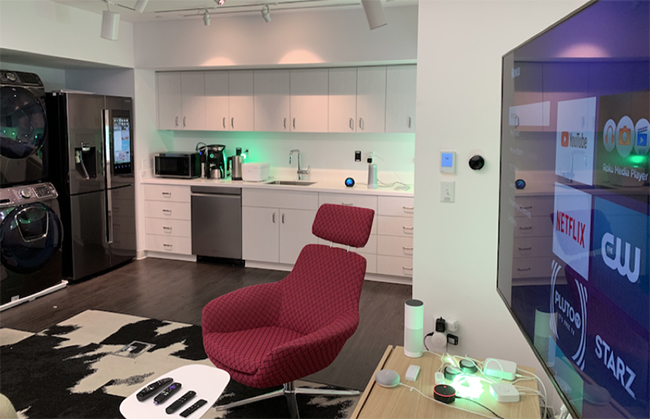 This information might currently be worthless to users, but it’s worth a lot to companies: it is used to improve and customize services, compile a profile of users’ location and interests, deliver ads that fit those interests, share (or sell) that information with additional third-parties, and so on.

Until privacy legislation and regulation catches up, most of us are left to our own devices and are depending on security and privacy researchers to discover the various potential pitfalls of using specific IoT devices.

Two groups of researchers – one from Northeastern University and Imperial College London and the other from Princeton University and University of Chicago – have recently published two separate papers pointing out a number of issues tied to IoT devices.

Among other things, they found that:

Researchers from Princeton and Chicago University were more interested by figuring out the tracking ecosystem tied to Over-the-Top (OTT) TV streaming devices such as Roku and Amazon Fire TV.

“Although tracking of users on the web and on mobile is well studied, tracking on smart TVs and OTT devices has remained unexplored. To address this gap, we conducted the first study of tracking on OTT platforms,” shared Hooman Mohajeri Moghaddam.

“Our research shows that users, who are already being pervasively tracked on the web and mobile, face another set of privacy-intrusive tracking practices when using their OTT streaming platforms,” Moghaddam concluded.

A combination of technical and policy solutions can be considered when addressing these privacy and security issues. OTT platforms should offer better privacy controls, similar to Incognito/Private Browsing Mode of modern web browsers. Insecure connections should be disincentivized by platform policies. (…) Regulators and policy makers should ensure the privacy protections available for brick and mortar video rental services, such as Video Privacy Protection Act (VPPA), are updated to cover emerging OTT platforms.”

For those interested to see and analyze the data their own IoT devices are sending across the internet, Princeton researchers have recently released IoT Inspector, a multi-platform, open source tool that “requires minimal technical skills and no special hardware.”