North America is one of the most advanced mobile regions in the world – a result of significant operator investments in 5G. 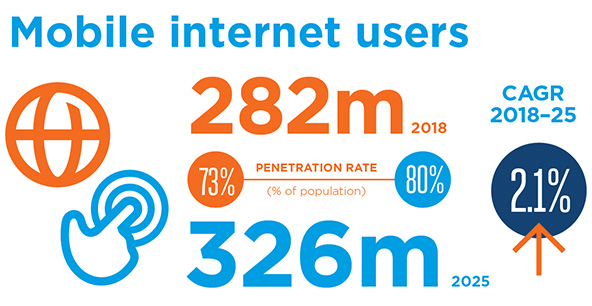 The 2019 North America edition of the GSMA’s Mobile Economy report series forecasts that almost half of the region’s mobile connections will be running on new 5G networks by 2025.

This is being fuelled by operator spending on new networks, which is forecast to total more than $380 billion (Capex) between 2018 and 2025. These investments are increasingly being focused on building-out 5G coverage across the region, enabling a range of new services for consumers and enterprise.

“Our new study highlights how the North America region is vying for global 5G leadership with pioneering mobile markets such as China, Japan and South Korea,” said Mats Granryd, Director General of the GSMA. “Investments in next-generation networks and services by operators has helped create an industry that is now worth a trillion dollars a year to the region’s economy, providing a platform for innovation, jobs and economic growth.” 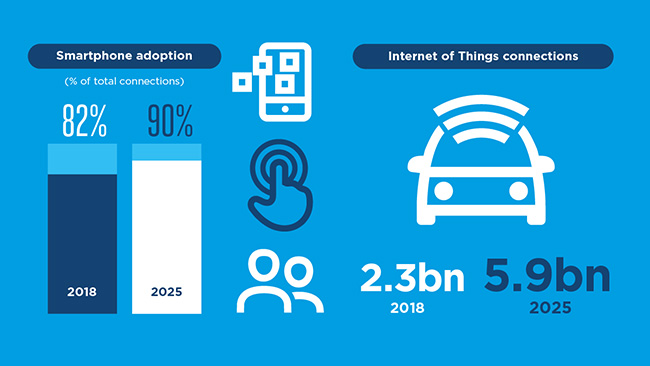 Key findings of the report