Jetico, long-trusted pioneer in data encryption, announced the launch of BestCrypt Volume Encryption – Enterprise Edition for Mac. Expanding on many years of Windows support, Jetico delivers the world’s only OS agnostic tool to encrypt Mac hard drive data with central management, both in cloud or on-premise. 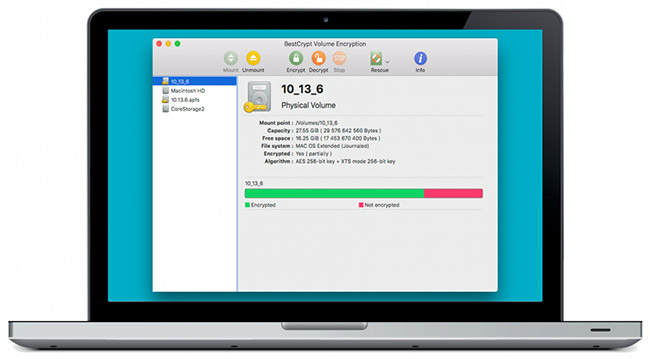 “Many of our customers need to manage both Windows and Mac computers within their environment,” claims Jetico CEO, Michael Waksman.

The included Jetico Central Manager (JCM) enables a single person (Administrator) from a central administration computer to always monitor usage of encrypted data on remote workstations across an enterprise network, including:

For added convenience, BestCrypt Volume Encryption – Enterprise Edition can also run in the cloud, empowering Admins to control all disk encryption activities from anywhere without needing to configure and maintain a dedicated server.

Waksman continues, “On the heels of launching our cloud-based management solution earlier this year, we are now extending this capability to Mac users of BestCrypt. Admins can start including Mac in their deployments by simply adding those computers from the same Jetico Central Manager console.”

At the time of this release, if a Mac has a T2 security chip installed, encryption will not operate because Apple policy prevents third-party boot modules from loading. Encryption operations will run normally on Mac computers produced before mid-2018.

Cloud-based central management of BestCrypt saves time and money, delivering more convenient compliance for regulations like HIPAA and GDPR. On both fixed and removable storage, data on lost computer hardware is safe with BestCrypt.