Censys announced that it has hired Derek Abdine as CTO. Abdine will lead innovation and technical strategy at Censys.

An accomplished researcher, advisor and evangelist to the security community, Abdine brings over 15 years of leadership experience in the computer security industry. Prior to joining Censys, he was head of Labs at security automation firm Rapid7, which he helped grow to an over $2 billion market cap leader.

While at Rapid7, he led new developments in data science, threat intelligence and security research, including overseeing the vision of Sonar, an internet scanning project, and the Heisenberg honeynet. Abdine holds a B.S. in Computer Engineering from California State University-Long Beach.

“I joined Censys because companies still face significant challenges securing systems despite a robust cybersecurity industry and there is a shared belief that one of the core issues for this stems from problems with internet-facing configuration and computing infrastructure, said Censys CTO Derek Abdine.

“Censys is one of the few companies I’ve seen that is truly innovating in cybersecurity, and their team is loaded with some of the brightest, focused people in the industry.”

“We hired Derek because he was maintaining some of the most innovative projects around Internet visibility in the world,” said Censys CEO and co-founder David Corcoran. “Why not merge our efforts and be hands down the absolute best source of Internet visibility by a long shot?”

Fresh on the heels of raising a $15.5 million Series A round of funding, Censys continues to grow its headcount by hiring key leadership roles and significantly expanding its sales and engineering teams. 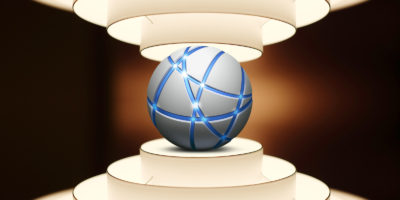