76% of Americans believe they’ve encountered disinformation firsthand and 20% say they’ve shared information later shown to be incorrect or intentionally misleading, according to a research released by NortonLifeLock. 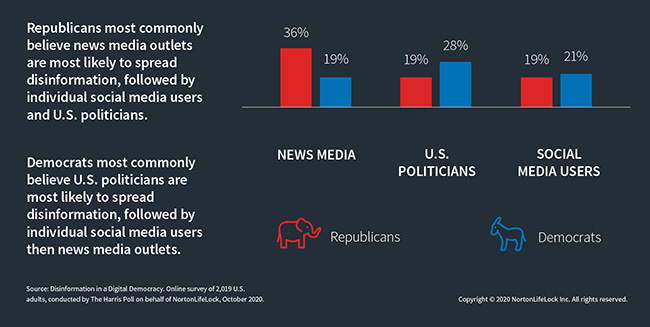 Disinformation, or false information intended to mislead or deceive people, is commonly spread by social media users and bots – automated accounts controlled by software – with the intent to sow division among people, create confusion, and undermine confidence in the news surrounding major current events, such as the 2020 U.S. presidential election, COVID-19 and social justice movements.

“Disinformation campaigns can spread like wildfire on social media and have a long-lasting impact, as people’s opinions and actions may be influenced by the false or misleading information being circulated.”

Fact-checking stop the spread of disinformation

No matter who or what posts the information, fact-checking is a best practice for consumers to help stop the spread of disinformation. According to the online survey of more than 2,000 US adults, 53% of Americans often question whether information they see on social media is disinformation or fact.

Although 82% of Americans are very concerned about the spread of disinformation, 21% still say social media companies do not have the right to remove it from their platform, with Republicans being almost twice as likely as Democrats to feel this way (25% vs. 13%).

“From disinformation campaigns to deepfakes, it’s becoming increasingly difficult for people to tell real from fake online,” added Kats. “It’s important to maintain a healthy dose of skepticism and to fact check multiple sources – especially before sharing something – to help avoid spreading disinformation.” 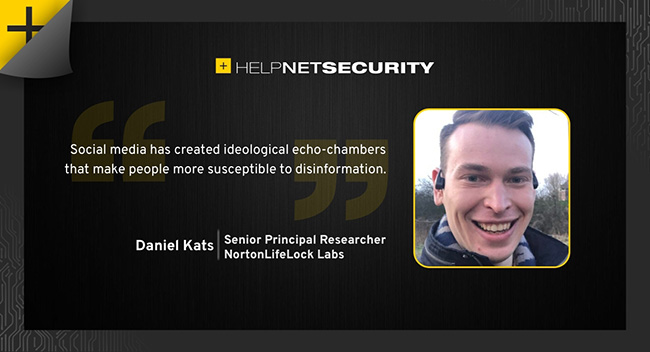