AlmaLinux, the open source enterprise-level Linux distribution created as an alternative to CentOS, is released in beta with most RHEL packages and is ready for community testing. A stable release is planned for the end of the Q1 2021. 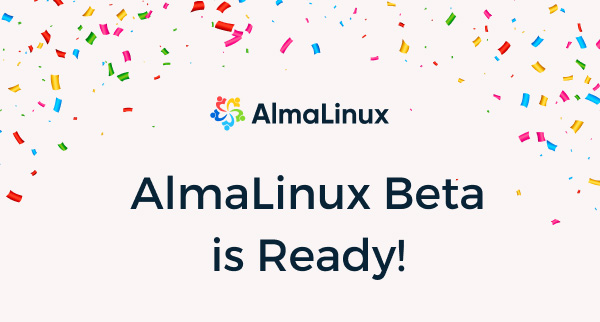 AlmaLinux is a 1:1 binary fork of RedHat Linux Enterprise Linux (RHEL), backed with a $1 million annual sponsorship by CloudLinux, with support provided until at least 2029. The new distro is based on a community-driven approach to fill the gap left by the CentOS stable release’s demise.

“As promised, the main development and maintenance were done by the CloudLinux team. And now we appeal to the community for its contributions,” said CloudLinux’s founder and CEO, Igor Seletskiy. “In the spirit of the community-driven initiative, we now require assistance with testing, documentation, support and planning the future roadmap.”

Named after the Latin word for “soul,” AlmaLinux is being developed with collaboration from the Linux community via public repositories and packages. The GitHub page is also published and the finalized source code will be added once the stable release has been completed.

The CloudLinux engineering team gathered the community’s frequently asked questions and published technical details on the AlmaLinux Wiki as resources for additional information.

An important tool released with the AlmaLinux beta is the bug tracker. CloudLinux will work closely with bug tickets to further develop AlmaLinux and deliver the stable release. Registered users can file bug reports that will be reviewed and prioritized by the engineering team.