CloudLinux announced the general availability of AlmaLinux OS, the open source enterprise-grade Linux distribution created as a replacement for CentOS. The new operating system is released in a stable version and is ready for production workloads. 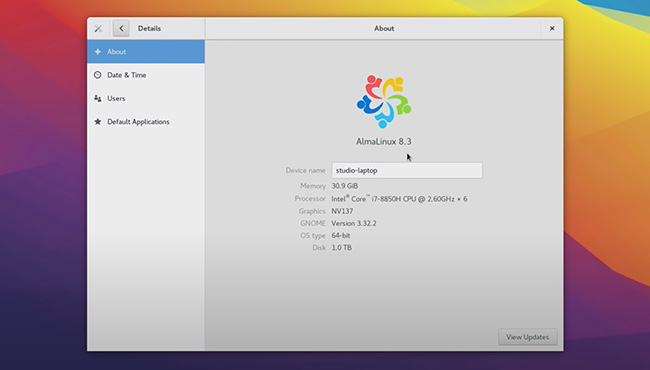 The company also announced the formation of a non-profit organization that will take over responsibility for managing the AlmaLinux project going forward. CloudLinux has committed a $1 million dollars annual endowment to support the project.

The AlmaLinux project named Jack Aboutboul as community manager of AlmaLinux. He brings more than 20 years of experience in open source communities as a participant, manager and evangelist, including nearly 10 years as a community engineer with the Fedora project while working at Red Hat as a community architect.

Also, five members of the governing board were announced: Aboutboul; Jesse Asklund, global head of customer experience for WebPros at cPanel; Simon Phipps, open source advocate and a former president of the Open Source Initiative; Igor Seletskiy, CEO of CloudLinux; and Eugene Zamriy, director of release engineering at CloudLinux. Two additional members of the governing board for the 501(c)(6) organization will be selected by the AlmaLinux community. The board will manage, promote and continuously improve AlmaLinux for the benefit of its user community.

“In an effort to fill the void soon to be left by the demise of CentOS as a stable release, AlmaLinux has been developed in close collaboration with the Linux community,” said Jack Aboutboul. “These efforts resulted in a production-ready alternative to CentOS that is supported by community members.”

After the beta release of the code, AlmaLinux OS received extensive testing to help meet user expectations of reliability and performance. The majority of the work was related to debugging, adding packages, and readying the software for production workloads. Besides known bug fixes, the stable version includes Errata, SecureBoot, AWS, and VMware support as well as a script to quickly migrate from CentOS to AlmaLinux.

“The sudden shift in direction for CentOS that was announced in December created a big void for millions of CentOS users,” said Simon Phipps. “As a drop-in open source replacement, AlmaLinux provides those users with continuity and new opportunity to be part of a vibrant community built around creating and supporting this new Linux distribution under non-profit governance. I give a lot of credit to CloudLinux for stepping in to offer CentOS users a lifeline to continue with AlmaLinux.”

AlmaLinux was named after the Latin word for “soul” to honor the vital role of community contributions in its creation. “There was this pervasive feeling in the community that things have changed, that the soul was lost,” said Jack Aboutboul. “Souls reincarnate. We still have a critical role to play,” he said.