Red Sentry announced that its new pentesting platform allows companies to automate their penetration tests and run them continuously. Organizations typically undergo a pentest just once a year, leaving them vulnerable to cyberattacks and ransomware the other 364 days of the year. Red Sentry exposes security vulnerabilities and exploits automatically, before bad actors can breach a system. 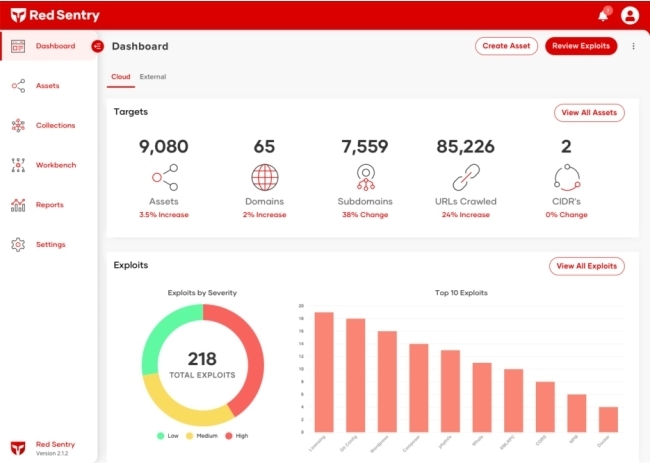 While most businesses run pentests primarily on their external assets, Red Sentry can also perform vulnerability scans and pentests on cloud environments such as Amazon Web Services (AWS), Google Cloud Platform (GCP), and Microsoft Azure. This is becoming increasingly important as more businesses rely on the cloud to host their data. In addition, Red Sentry automatically identifies and tracks all of an organization’s online assets via its attack surface analysis platform. Red Sentry provides continuous pentests on a subscription basis as Software as a Service (SaaS), and the company offers manual pentests as well.

Using the software merely requires customers to type a domain, IP address, or CIDR range into Red Sentry’s platform and the technology immediately begins finding assets. It then automatically performs the reconnaissance, fingerprinting, exploitation, and reporting phases of a security assessment.

“Traditional, annual penetration testing can take up to four weeks to complete and cost up to $20,000 or more,” says CEO Valentina Flores. “Red Sentry’s approach provides the same high quality analysis and reporting that manual pentesting offers. However, our use of automation means that the turnaround time is minutes, not weeks. And the cost is a fraction of what businesses are used to paying.”

“As a former pentester, I was frustrated by the manual, repetitive nature of the work,” reported Founder and CTO Alex Thomas. “I knew there was a better way, so I built Red Sentry’s proprietary technology. I’m eager to offer it publicly so everyone can benefit from it.”