ARMO released an expanded version Kubescape, an open-source testing tool for Kubernetes environments that is compliant with the standards set forth in the Kubernetes Hardening Guidance released by the NSA and CISA. 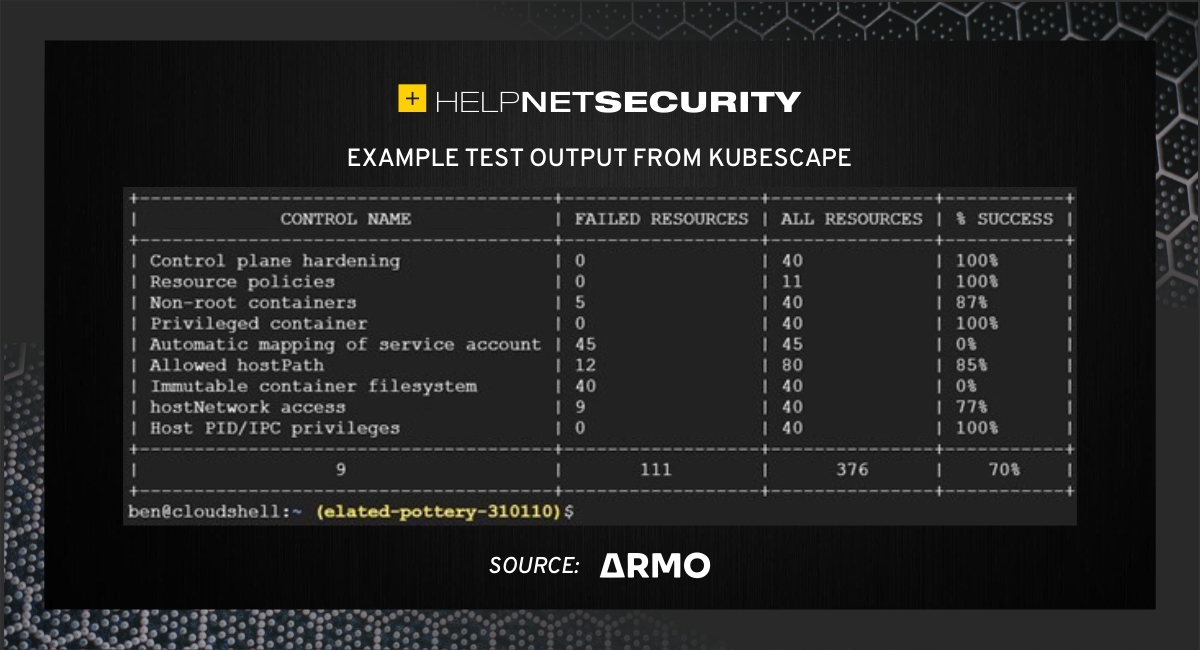 Kubescape is one of the fastest-growing Kubernetes security tools among developers due to its easy to use CLI interface and flexible output formats. Just weeks after launching, Kubescape has become an immensely popular tool in the Kubernetes community, with more than 4000 stars and tens of thousands of downloads on Github, and thousands of active developers embracing the solution.

Kubescape scans K8s clusters, YAML files, and HELM charts, providing hyper accurate results and enabling the detection of misconfigurations and software vulnerabilities at early stages of the CI/CD pipeline. It also integrates natively with other DevOps tools, including Jenkins, CircleCI and Github workflows.

The expanded version of Kubescape has been updated with new Kubernetes configuration scanning, based on the MITRE ATT&CK framework. Kubescape is now the first-ever open- source Kubernetes product to leverage the MITRE framework for testing and marks the first time that teams can test Kubernetes against multiple frameworks in one single tool.

The new registration-based SaaS Kubescape solution, which is free to use, offers additional benefits including:

“Developers look at security as a design and architectural problem that needs to be managed from the earliest stages of the development pipeline. Kubescape’s seamless integration with Kubernetes’ tech stack and practical, simple output make it a high-value, go-to solution that’s extremely appealing to developers,” said Shauli Rozen, CEO, ARMO. “We’re thrilled to see that Kubescape is resonating with developers all over the globe, and our vision is to build on that momentum to continue solidifying Kubescape as the tool of choice for Kubernetes users, as an integral part of their daily routines and organization-wide security strategies.”

“Kubescape detects highly dangerous security weaknesses before they reach production, and our updated version provides an even deeper level of visibility and protection for Kubernetes users,” said Leonid Sandler, CTO, ARMO. “With the new expanded version of Kubescape, they can continuously examine their security controls and deployments to ensure the highest level of protection possible for their companies, leveraging the industry’s first open source tool that provides Kubernetes testing against multiple frameworks.”