SnapLogic and the Centre for Economics and Business Research (Cebr) released a research into the economic impact of automation. The study looks at the growing adoption of automation and its role in bolstering business revenues, creating jobs, increasing productivity, and strengthening economic resilience. 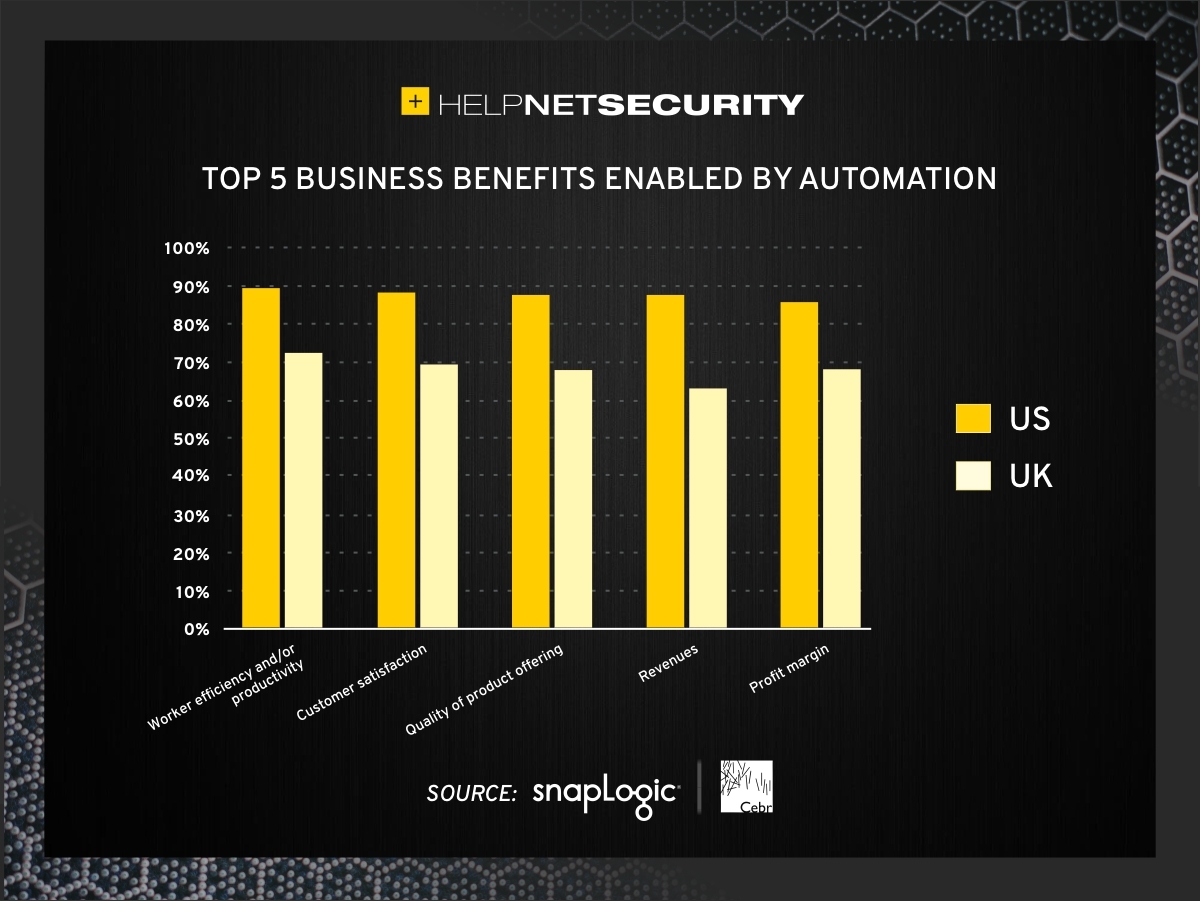 The research finds that investments in automation are directly linked to increased business revenues (up 5-7%), job growth (up 4-7%), and long-term productivity (up 15%). Spurred on by the pandemic, the adoption of automation is accelerating, with companies in the U.S. and UK spending 8-13% of their annual revenues on automation-related technologies.

The research reveals that those businesses who invested in automation saw a marked increase in revenues. In addition, the research indicates that the more a country employs automation, the better equipped it is to deal with worldwide economic disruptions, such as a recession or the recent COVID-19 pandemic.

The report showcases a relationship between automation, job growth, and worker productivity. Despite some claims that automation can limit opportunities for employees, the results tell a different story:

The popularity of automation continues to accelerate in both the U.S. and UK. According to the report, U.S. companies spent an average of 13% of their annual revenue (amounting to $4.4 trillion) on automation-related technologies, while in the UK there was an average spend of 8%, or £268 billion in total.

This increased automation spending was focused on certain core technologies:

“The adoption of automation, spurred on by the recent pandemic, has helped organizations shield themselves from disruption and quickly position themselves for accelerated growth. Automation has also led to job creation and greater worker productivity, a significant contrast to the economic picture seen in the period following the global financial crisis.”

“This first of its kind report from Cebr demonstrates the power of automation to help businesses navigate widespread disruption, and shows how it can be used as a tool to accelerate growth in a post-pandemic age,” said Gaurav Dhillon, CEO at SnapLogic.

“Businesses today need to equip themselves with enterprise automation technologies that will allow them to quickly adapt and execute business strategies in a rapidly changing world.”